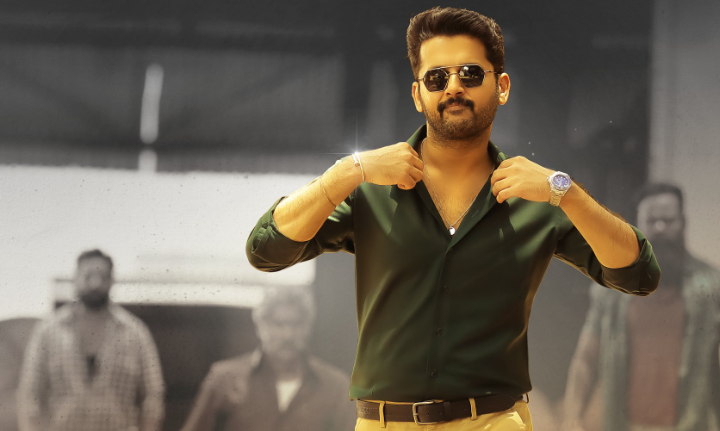 Siddharth Reddy(Nithin) who aspires to become an IAS officer, one day falls in love with a girl, and in the proceeding, she also falls in love, everything seems good but Sidhharth encounters a problem, meanwhile, he becomes an IAS officer and takes a charge as IAS officer in Guntur district, where a village called Macherla under the feet of a rowdy sheeter called Rajappa (Samuthirakani) in Macherla there no rules and no elections, this situation goes to Siddharth Reddy and he immediately takes a decision that he makes elections happened in Macherla Niyojakavargam, Finally, How did Sidhharth face Rajappa is rest of the story.

Nithiin, Krithi Shetty, and Catherine, and the film was directed by M.S Raja Shekhar Reddy while the cinematography has done by Prasad Murella, Music is composed by Mahathi Swara Sagar and the film was produced by Rajkumar Akella under the banner of Sreshth Movies.

Nithin has done classy roles in the last few movies now he shifts to action, whether it is a love story or action, content is the king and we can see a lack of content in Macherla Niyojakavargam, as the film follows the same old template like all the commercial films follows, from start to end the film nothing offers new, half baked screenplay, unfinished characters and lack of emotions and the film ends with a disappointing note.

Except for Nithin’s performance, we can see lackluster performances by the rest of the cast, Samuthirakani such a brilliant actor but in this filmmakers haven’t utilized him properly and most of the characters are no scope in the film they just stand in the frame.

Debutant M.S Raja Shekhar Reddy failed to engage the audience throughout the film, his point is good but he failed in presenting on screen.

Technically, Macherla Niyojakavargam is top notch Prasad Murella’s cinematography is just like regular commercial stuff and Mahathi Swara Sagar always gives good music but this is his song are not up to the mark but he showed his mark in background score and rest of the technical departments did their best.

Finally, Macherla Niyojakavargam is a regular commercial entertainer, if you are a commercial films lover you can give it a try.