Lakshmi Manchu Wiki and Biography: Manchu Lakshmi Prasanna is a well-known name in both the Telugu and Tamil film industries. She is also known as Lakshmi Manchu. She was born into a well-known family of performers who have won many awards for their work. 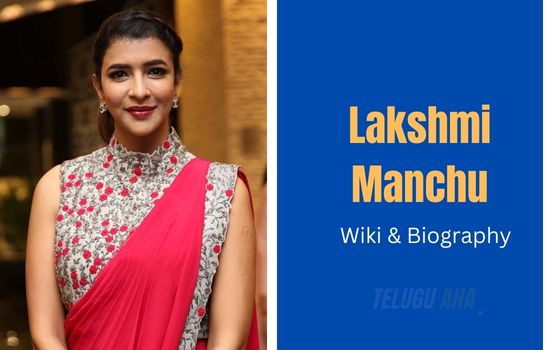 Lakshmi Manchu is a beautiful actress who is well-known to fans of both movies and TV. After she became famous, she stopped using her birth name, the Manchu Lakshmi Prasanna, and started going by a stage name.

Manchu Lakshmi went to school in Chennai the whole time. The daughter of actor Mohan Babu, Manchu, went to Oklahoma City University and got a degree in theater.

Mohan Babu is an actor, and he and his wife, Vidya Devi, have a daughter named Lakshmi Manchu. She is one of three children. Her brothers are Vishnu and Manoj Manchu. She can speak English, Tamil, and Telugu. She was born in Chennai. In 2006, Manchu got married to an IT expert from Chennai named Andy Srinivasan. A girl was born to the couple through a surrogate. They are now living in Hyderabad.

Manchu started acting when he was 4 years old. He has been in 20 Indian movies and had a few small roles on American TV. Together with her family, she owns Sree Lakshmi Prasanna Pictures, a production company that has made 56 movies. After a successful audition, she was cast in Mani Ratnam’s Tamil movie Kadal, which came out in December 2011. She played Celina, a poor villager, in a movie that she thought would be her big break. However, after the movie came out, she didn’t get many acting jobs in Tamil.