Karthikeya 2 Movie Review: Actor Nikhil proved himself as an actor by choosing new scripts and also brought back the investments made on his movies becoming a bankable actor in Telugu film industry. His last release in theatres was the Tamil Remake ‘Arjun Suravaram’ in 2019. After the huge success of Karthikeya, same team united once again to bring the sequel of the movie to us. Karthikeya 2 after many hurdles released in theatres on August 13, 2022. Let’s look into the in-depth review of the movie to make sure, if this is worth watching our time. 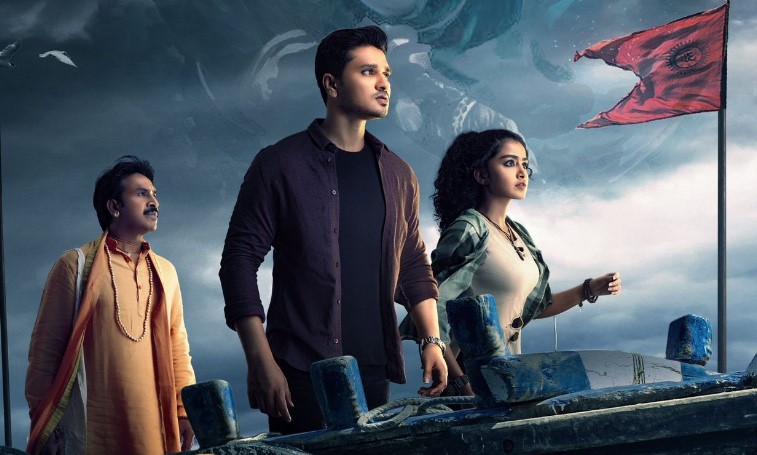 Karthikeya, who is a doctor by profession always had the urge to find the answers to the questions that are left unanswered for many years. Just like the first franchise, Karthikeya goes in search of the mystery behind the situations that happen in Dwaraka, similar to that happened in Subrahmanyapuram in the 1st part and his pursuit of truth leads him to some ancient beliefs and the power of lord Krishna in Dwaraka.

Narration and the flow of the movie is mostly similar to that of the first franchise and you might feel the scenes are a bit similar in some instances. However, movie is intriguing with it’s premise and keeps us hooked till the end with mystery and fantasy elements added to the story. Interval block of the movie has some good twist and 2nd half maintains the same thrill till the climax. Ending of the movie was good with clear explanation.

As per the performances, Nikhil once again impresses the audience with his performance in the character of Karthikeya, who is always in search of answers for unsolved questions. Anupama Parameswaran was decent in her role. Anupam Kher was good, but the dubbing voice doesnt look apt for the actor. Aditya Menon impresses in a negative role and Srinivasa Reddy will definitely make you chuckle with his timing in few scenes. All other actors did their part as needed for the proceedings.

Technically, Karthikeya 2 looks brilliant other than few VFX shots. Music composed by Kaala Bhairava looks okay but the background score of the movie was exceptional. Karthik Gattamneni never disappoints with his visuals and the same can be seen in this movie with some breathtaking visuals, especially the scenes that are shot in Kashmir. Editing was crisp.

Chandoo Mondeti, who failed to impress with his previous movie Savyasachi, looks like got his form back as a director.

Finally, Karthikeya 2 is an impressive sequel that should be watched only in theatres for its brilliant visuals and making.