Cadaver Telugu Dubbed Movie Review: Amala Paul has been doing pretty well in the digital medium as her recent outing Victim which was an anthology released directly on Sonyliv and now she is geared up for another interesting flick called ‘Cadaver’ this time she playing two roles one is a lead role and another one is a producer, However, the film’s trailer has raised the expectations and now the film has released today in Hotstar so without any delay let’s jump into the in-depth review and find out the film lives up to the expectations or not. 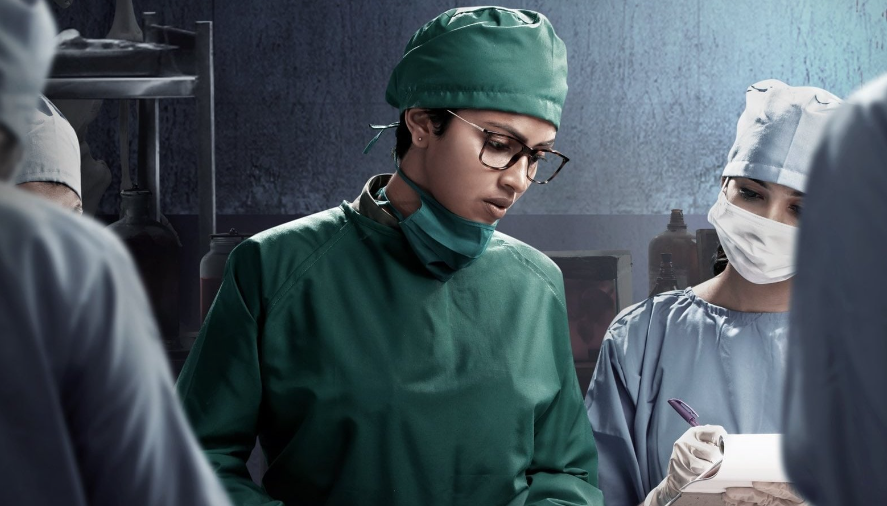 Dr.Bhadra(Amala Paul) is a skilled forensic analyst who takes up a case of a young girl, in the proceedings she finds she was gang raped and brutally murdered, on the other side police are in search to catch that murderer, one day murderer sent a voice mail that he is going to kill some more people, left with no clue how did Dr.Bhadra and police find the murderer is the rest of the story.

Cadaver starring, Amala Paul, Munishkanth, and Athulya, and the film was written by Abhilash Pillai, directed by Anoop Panike, Cinematography has done by AravindSingh and Lokesh, Music has composed by Ranjin Raj, and the film Produced by Six Entertainment and Amala Paul under the banner of Maiden Productions.

Amala Paul has done many thrillers and she always tries new genres as Cadaver proves her sense of taste is unique, however, it’s not easy to make thrillers, and that too engaging thrillers, Cadaver is one the best engaging thrillers made in recent times, the film holds the suspense to the climax so well and it hooked the viewer from the film beginning to end.

The film starts off well with brutal murder which is often seen in many thriller films, for a thriller’s opening scene is the most crucial scene to hold the attention of the viewer, and Cadaver does it so well in introducing the plot and key characters in the beginning.

The film’s narration never gets bored as it twofold the curiosity to know who the murderer is and the investigation process shot it so well and it makes you sit till the climax which we should appreciate the makers for making it engageable.

Amala Paul as Bhadra is good as we can expect more from her but the character has a set of limitations and within those limitations, she excels herself pretty well Telugu actor Trigun has done quite well and the rest of the cast did well.

Anoop Panike succeeded in hooked the viewers from start to end but the core emotion didn’t land well he could have written it even more effectively apart from a few flaws he made a decent thriller.

Technically Cadaver is not up to the mark as AravindSingh’s visuals partly good as this kind of movie demands dark visuals but he shot most of the scenes with bright lighting and Ranjin Raj’s background score is good and the rest of the technical departments did their best.

Finally, Cadaver is a decent thriller that can be watched by every section of the audience.