Game On Telugu Movie OTT Release Date: Telugu film industry is an open place for many budding film makers and every year we come across many films that are directed by debutants. Though these movies are made on very low budget, some of these movies will turn huge with word of mouth, if the movie has some interesting story. 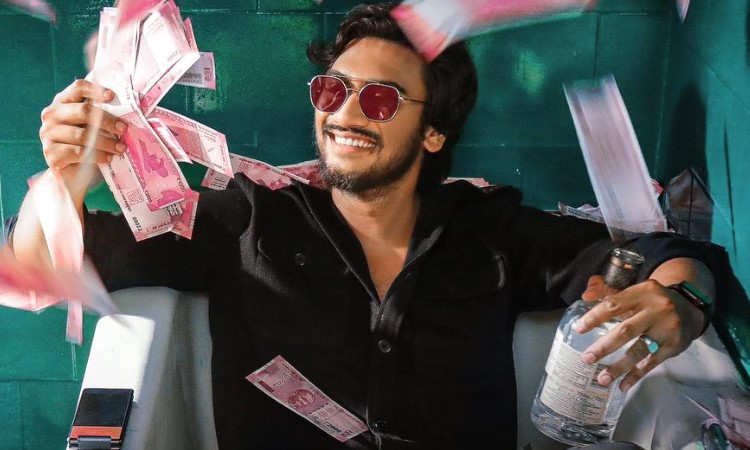 Many talented directors like Vivek Athreya, Tharun Bhascker Dhaassyam are some of the examples, who struggled to make a movie and later turned into bankable directors who can make films that can fetch profits for the producers. We will come across one such movie in the year 2023 titled ‘Game On’ directed by a debutant.

‘Game On’ is touted to be a romantic and action entertainer targeting the commercial movie lovers. As of now makers haven’t announced any details about the story of this movie. As per the first look released from the movie, this looks more like a story of a youngster, who is in need for a money and can go to any extent to earn it, be it killing other people. We will update more detailed plot once we have any update from the movie team.

Cast & Crew of Game On

‘Game On’ movie will have Geet Anand in the lead role and Neha Solanki will be playing the female lead in the movie. Other cast of this movie is yet to be confirmed by the makers. We will update the details of other actors and actresses involved in this movie, if there is any official announcement from the makers.

‘Game On’ movie will be directed by debutant director Gangadhar and produced by Ravi Kasturi on Kasturi Creation banner in association with Golden Wings Production by Aravind Viswanathan, Vamsi Atluri & Vijay Kumar CH. Other crew of this movies includes Abhishek AR, Nawab Gang and others.

The cast and crew of this movie looks completely like new comers. When a movie is made by new comers in Telugu, they will keep their efforts to the fullest to bring out the best output. Movie posters have been released by Vamsi Kaka on twitter and that looks something interetsting creating some buzz in Telugu States.

Game On Movie makers are trying to complete the shoot at the earliest and want to make sure the movie released during the summer holidays to encash the holiday season. Recently on the occasion of ‘Game On’ movie producer Ravi Kasturi’s birthday, movie team have released a poster wishing him all the success. Geet Anand who played the lead role in this movie have already made a film in Telugu titled ‘Telisi Teliyaka’ and ‘Ratham’.

Game On Movie team also released a new poster recently on Twitter wishing a very happy birthday to the leading lady of this movie Neha Solanki. Neha Solanki is an actress who appeared in few Telugu movies recently like ‘Chalo Premiddam’, ‘Guduputani’ and ’90 ML’. She firstly appeared in the TV serial named ‘Mayavi Maling’ in Hindi and then appeared in another movie named ‘Ek Battey Do’.

She gained some name after her appearance in the movie ’90 ML’ starring actor Karthikeya Gummakonda in the lead role. Hope this movie succeeds and Neha receives more offered from Telugu and other languages as well. As of now makers haven’t announced any release date of the movie. As of now makers are planning for a theatrical release in 2023, OTT release date of this movie will be announced only after the theatrical run.

When is Game On OTT Release Date and Time?

Not Declared, Game On movie makers have not yet announced.

Where can we watch Game On?/ Where Can I see Game On?

Theatres, Game On will hit the screens in mid-2023. The official theatrical release date of this movie is yet to be announced by the makers.

Who bought Game On OTT Rights?

Not Declared, Game On movie makers have not divulged yet.

Is Game On hit or flop?

Not Declared, Game On movie has not been released so we can not say Hit or Flop

Is Game On Movie available on Netflix?

Is Game On available on Prime Video?

Is Game On available on Aha Video?

Is Game On Movie available on Hotstar?

Game On will be an interesting youthful love entertainer with some thrill added to it. Every Poster of this movie has some story in it and makers are very intelligently making the promotion through the posters before the movie release. We need to wait and watch, if this promotions help movie to become a hit in Telugu.