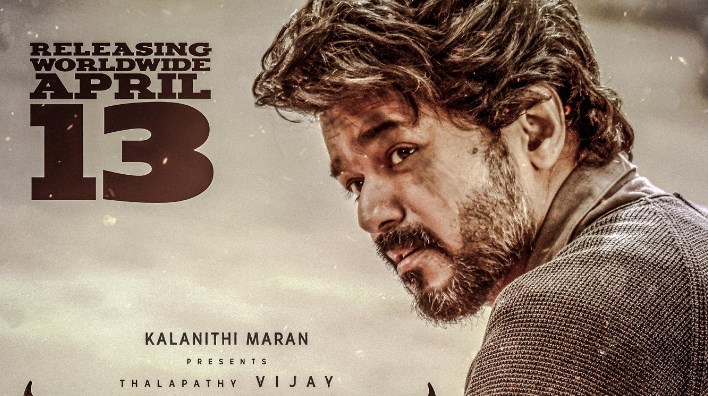 Story of Vijay’s Beast isn’t out. But Buzz is that Vijay is going to play antagonist role of shar and Humorous one. Some parts of the movie is set in Georgia. Pooja Hegde is Playing the Female lead role. On the whole Pictures seems to be a mass and Action entertainer. Makers are planning to release in January 2022.

Nelson Dilipkumar himself is the Writer and Director of this Movie. Kalanithi Maran Producing it under banner of Sun Pictures. Anirudh Ravichander Composing Music while Cinematography is being done by Manoj Paramahamsa.

This Movie is going to be 65th film for Vijay. Title Beast was announced on the Occasion of Thalapathy Vijay’s Birthday on 21 June 2021. Below are the details of other crew members of this Movie.

Makers are planning to release this Movie on 22 January 2022 coinciding Sankranthi which is the biggest festival for movie releases also. First schedule 15 days shooting completed in Georgia, Second Shedule also completed with Pooja Hegde as soon as she recovered from covid. At Preasent 3 schedule is being shooted in chennai. And Final Shedule climax fight is planned in Russia.

IF Every thing goes well then Beast will hit big screens on 22 January 2022. If that Happens then OTT Release can be expected around March / April 2022. As Sun TV is producing this Movie then Digital rights may be purchased by Sun NXT itself.

Watch Movies in Theatres or on OTT’s Only. Keep Visiting our Website for updates on Latest Movies OTT Releases, Satellite rights, Reviews and Many More.