Suzhal Telugu Dubbed Web Series Review: At the Amazon Prime Video Presents event in Mumbai a few months ago, Amazon announced 40 films and web series in various languages, including Suzhal. From the first look at the trailer, everything about the Suzhal series looks so unique, and Pushkar Gayathri, who recently finished filming Bollywood’s Vikram Vedha with Hrithik Roshan and Saif Ali Khan, appears to be involved. However, the series Suzhal was released on Amazon Prime Video on June 17, 2022, and the audios are available in Telugu, Malayalam, Kannada, and Hindi. 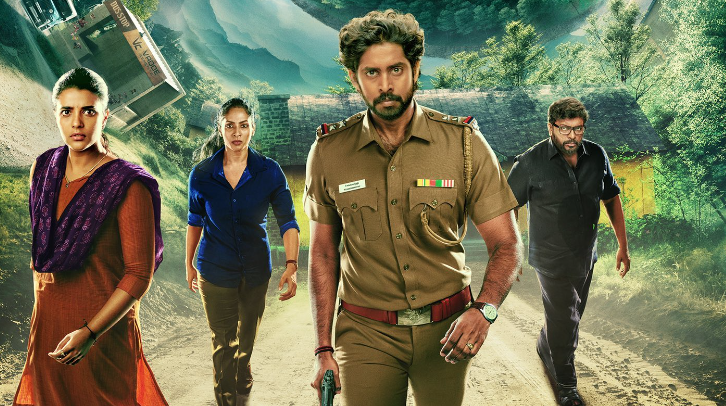 An investigation into the disappearance of Aishwarya Rajesh’s sister Nila leads to a shocking truth about the village, where micro festivals, their beliefs, and political reasons all become suspects, and finally who kidnapped Nila? is what the rest of Suzhal’s story revolves around.

Sriya Reddy, R. Parthiban, Aishwarya Rajesh, and other actors star in Suzhal. The show’s scripts were written by Pushkar and Gayatri, who were directed by Bramma and Anucharan, respectively. The series is being produced by Wallwatcher Films, and Amazon Prime is supporting it.

In Suzhal, there are a lot of sub-plots, and each one is linked to the main plot. The series is set in a small town, with its social fabric, micro-festivals, and ancient myths and cultures. This creates a unique experience while watching the series, and I’m sure you’ll go into another world. Kudos to the makers for bringing this complex subject to the screen. To keep the viewer interested, Pushkar Gayatri has done an excellent job of writing this king story and adapting it for the web, which has proven to be a difficult task for the entire team.
One of the most interesting things about the Suzhal series is how it makes you think about social taboos. Aishwarya Rajesh has done an excellent job in her role, while Kathir is an okay officer and Parthiban has done an excellent job with his character. The directors Bramma and Anucharan M have done an excellent job of adapting Pushkar Gayatri’s vision into a television series, and they deserve credit for their efforts.
Suzhal’s cinematography by Mukes and Sam CS, one of the underrated composers in the industry, is the series’ major advantage, and the rest of the technical team has done their best to produce the dark tone music.
Finally, if you’re a fan of crime thrillers, you must watch Suzhal, which is currently available on Amazon Prime Video.