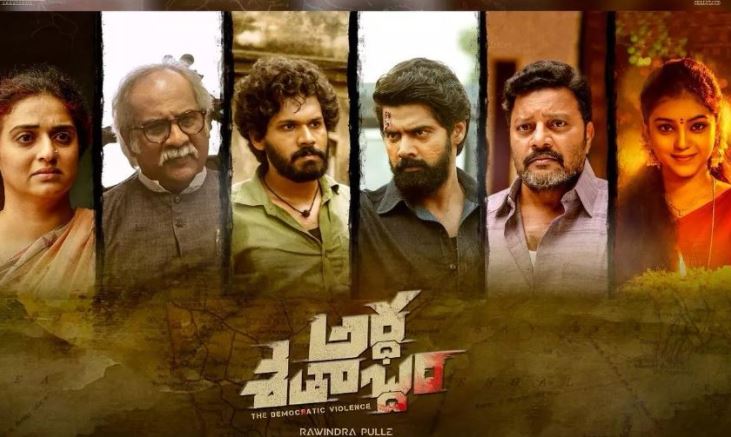 100% Telugu OTT platform Aha continues to delivering the top-notch entertainment to its users at their fingertips. The streaming platform is now gearing up for the launch of its hugely anticipated film Ardha Shathabdham on June 11. The aha-exclusive film, directed by Rawindra Pulle, stars Karthik Rathnam, Naveen Chandra, Sai Kumar, Krishna Priya, and Subhalekha Sudhakar in key roles.

Writer-director Rawindra Pulle asserts that his film is more than a love story. In a virtual media meet, he explains that the story looks at the societal disrespect to the tenets of the Constitution of India. The ensemble cast includes Karthik Rathnam, newcomer Krishnapriya, Naveen Chandra, Sai Kumar, Aamani, Subhalekha Sudhakar and Raja Ravindra. Initially expected to release in theatres, the film now takes the OTT route to reach viewers.

What is The Movie All About?

The trailer for the movie, which is helmed by Rawindra Pulle, suggests that the themes of love, action and revolution are integral to its story. We see the element of caste-based discrimination in a village. Set in the 1990s, the title denotes 50 years of Independence from colonial rule. Already released trailer of the film, packed with raw emotions and intense action, depicts a layered, rustic romance in the offing that casts a unique light on grassroot politics and caste system.

The film was scheduled for a direct digital release on Aha OTT Platform on June 11, 2021. As always, we will keep you updated on the future of Ardha Shatabdham movie and the official release date for the movie if anything changes.