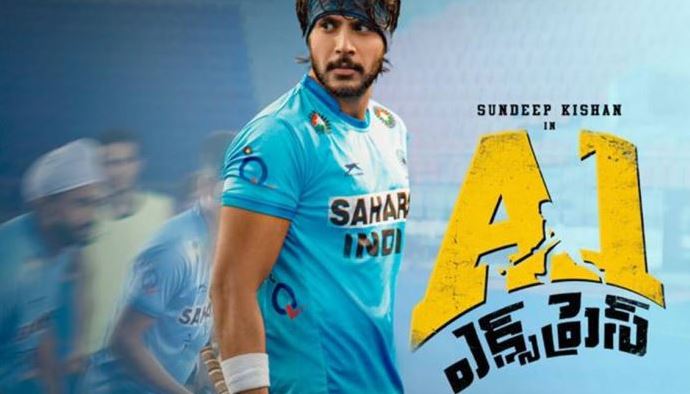 Kollywood musical favorite Hiphop Tamizha composed tunes for this film along with BGM. Dennis Jeevan Kanukolanu is making debut as director with the film bankrolled by People Media Factory in association with Abhishek Agarwal Arts and Venkatadri Talkies.

Sundeep Kishan will be seen as a top hockey player with an urge to revolutionize the game by taking on the corny capitalists who control the fate of hockey. Director Dennis Jeevan Kanukolanu, however, seems to have followed a typical template of a commercial entertainer to narrate this tale.

Sundeep Kishan’s character has the separate romantic track, dance to fancy and groovy musical numbers keeping Tollywood romantic audience in mind. Moreover, the dialogues in the film raises voice against corruption and nepotism in sports.

FYI, this Sport drama is grabbing the attention of people and pouring positive reviews. The movie will have a theatrical release at first and then will stream on digital platforms. With good storyline, the movie is literally clicking among the Youth audience. Reportedly, SUN NXT has acquired the A1 Express Digital Streaming Rights.

The movie will be available in OTT platform once after its theatrical run. We can expect the A1 Express movie OTT release date announcement in May 2021. As always, we will keep you updated on the future of A1 Express and the official release date for the movie if anything changes.