10th Class Diaries Movie Review: Sriram and Avika Gor’s film 10th Class Diaries has created hype before the release as the teaser and trailer looks pretty cool and the trailer has grabbed the attention and carrying this expectation the film has finally released today July 01, 2022, well the film has been getting some decent responses from the audiences as well as critics and with out any delay lets know whether the film is worth watching or not. 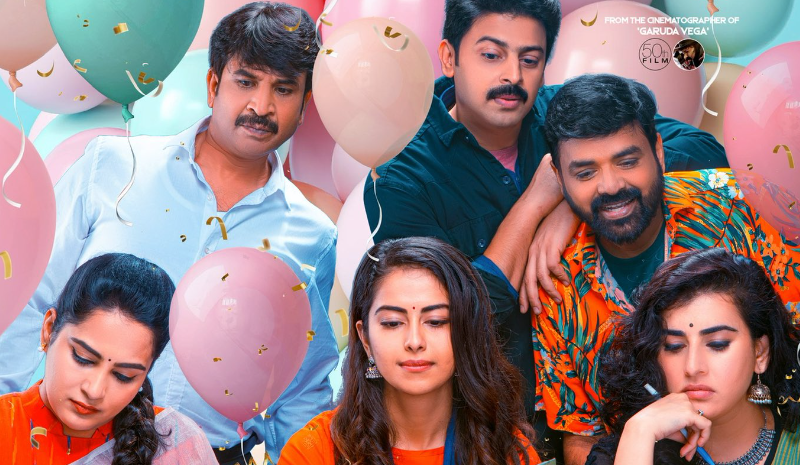 10thClass Diaries narrates Ram(Sri Ram) who settled in the USA he lives lavish life over there but very soon he realizes that he is not happy with what he has,  and he finds his happiness where he decides to reunite with his 10thClass friends and also he headed to India to meet his childhood friend Chandini(Avika Gor), Finally, will Ram meets Chandini? is the rest of the tale.

10thClass Diaries title itself is the connecting point as 10th class is the most memorable period in everyone’s life for beautiful friendships, emotional bondings and love stories as this film captured all these so well and it will take you back those time, but if we look at as a film, the film has lot drawbacks, Hero finds his happiness with his 10th class friends but once he lands in india the flow of the film gets flat as the scenes could have been new but the point called reunite is the driving force for the film.

Sriram is a renowned actor in Telugu and after a long gap he came up with the solo hero, and he is good but the dialogue delivery could have been better and Avilka Gor has great character as she is the soul of the film her character has written so well and she effortlessly pulled it half and rest of the cast did well.

GarudaVega’ Anji picks up a good point as he addresses all the 1oth class elements so well but his writing could have been  more stronger as he partially succeeded in engaging the audience.’

Technically, 10thClass Diaries is just okay and GarudaVega’ Anji is the cinematographer for the film as well he captured some of the beautiful locations and Suresh Bobbili’s songs are okay, S. Chinna’s background score is not up to the mark and rest of technical departments did well.

Finally, 10thClass Diaries is a decent attempt to watch and if you want to revisit your 1oth class memories then must give it a try.