Sunil Kashyap Wiki and Biography: Sunil Kashyap is well-known in the Telugu film industry for his work as a composer and playback singer. Since 2008, he has been working in the music business, and his upbeat song for It’s My Love Story became a hit very quickly. He used his voice to translate “Azeemo Shan Shehenshah” by A. R. Rahman from the movie Jodha Akbar into Tamil and Telugu. He won Rahman’s talent show, called “Ooh Laa Laa.” 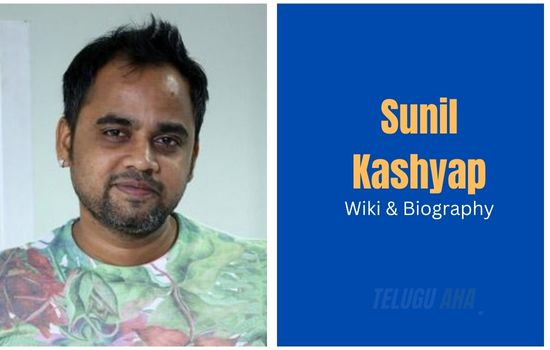 Sunil Kashyap went to high school at both the Panyam Cements High School in Kurnool and the St. Anns English Medium High School in Kerala. He got his bachelor’s degree from Sri Ramakrishna Degree College, which is in the town of Nandyal in the Kurnool district.

Even though Sunil was born in Kannada and speaks Telugu, he has become closely linked to Telugu movies. He lived in Rayalaseema for so long that he learned Telugu very well. When his father played the violin, Kashyap would play the tabla along with him. During the day, his father worked as a mechanical engineer.

He has been writing music at home since he was a young child. He studied Hindustani classical music for two years while he was getting his MBA in Hyderabad. But he soon saw that music, not business, was his true calling. His sister Gayathri and his brother Anil are both singers.

One of the first things that made him feel good about himself was that he was the best at the “Ooh Laa Laa” subgenre. He knows people in the music business because he writes and performs songs. His work as a music director can be seen in the movies Romeo, Dil Kabaddi, Back Bench Student, Vennela 1:12, and a few others. He only worked on the soundtrack for the Bollywood movie Login in 2012. He recently worked on the movies Lotus Pond and Ayyare, and he was also cast in Log, which was directed by Sanjeev.

He is making the music for Rogue, which is Puri Jagannadh’s most recent movie (2017). In the movie, Angela Krislinski, Mannara Chopra, and Ishaan all play important roles. One of his albums from last year is called Anthaku Minchi. He just wrote a song for the movie “Liger” with Puri Jagannadh and Vijay Devarakonda.