Ponniyin Selvan Movie Review: Ponniyin Selvan movie is an adaption of a novel written by Kalki Krishnamurthy as the novel was written in 5 volumes and it is the greatest novel ever written in Tamil, However, taking novels inspiration and film maverick Maniratnam made a film called Ponniyin Selvan, Kollywood’s top actors played the main leads created the curiosity, the fact is the film has created a lot of buzz in Tamil but when it comes to Telugu makers have completely failed in promoting the film. 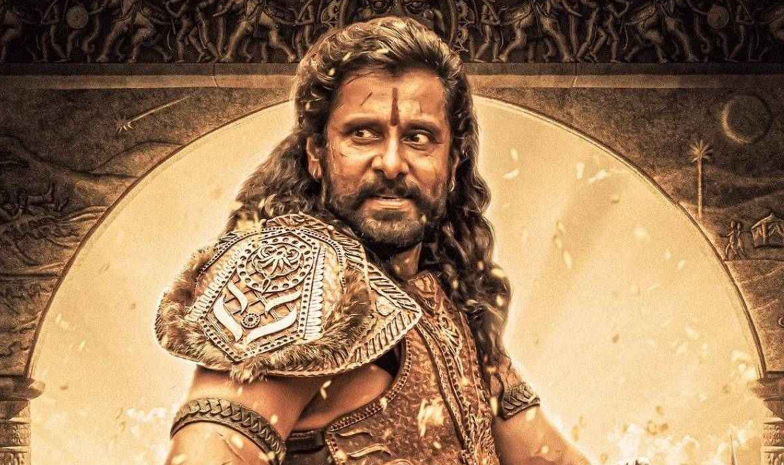 Although the film has generated some buzz because of known actors, well, carrying with humongous expectations the film has finally been released and without any delay let’s find out whether the film is worth watching or not.

In the first installment of Ponniyin Selvan, which takes place 1000 years ago, Vandiyathevan (Karthi) travels across Chola territory to deliver a letter from Crown Prince Aditha Karikalan (Vikram). In a country where there appears to be a civil war planned by vassals and minor chieftains, Kundavai (Trisha) tries to bring about political calm. How can Jayam Ravi’s Arunmozhi Varma, the Chola dynasty’s protector, save the Chola Kingdom? To learn more about Nandini (Aishwarya Rai), you must see the movie.

There is no doubt Bahubali has broken the barriers of storytelling, with that confidence many filmmakers are making films with universal content, unfortunately, most of the films are failing at the box office, however, the master of storyteller Maniratnam who made historical drama for the first time and a lot of great actors taking a part of this film excites many film lovers but when it comes to the film, I think it’s pure Tamil cinema because apart from Tamil people, those who are watching in their language and they don’t even know about Chola history so there is a lot of scope to disconnect with film and to the characters.

The film starts off interestingly by showcasing Chola’s history and once established all the key characters the film loses track with boring drama, once Vandiyathevan (Karthi) arrives the movie gets interesting, and the interest and curiosity are maintained till the interval, the second half runs on heavy emotions which holds the viewer attention, However, Ponniyin Selvan has everything but while watching we feel something is missing and what i found is lack of connection with the history.

The film is undoubtedly is a visual treat to watch on screens but as the non-Tamil audience might encounter a lot of problems with non-sinc dubbing, and nativity but if you know the history of the Chola dynasty then it might a chance you get engaged with the film.

This kind of heavy subject Casting becomes crucial, particularly in a movie like this when the actor or actress must pull off a historical look successfully and serve as the character’s face and physical presence. And Vikram as Aditha Karikalan is just brilliant he shows his mettle in his acting, Karhi as Vandiyathevan is cool as the character’s comic body language resembles Yuganiki Okkadu, Jayam Ravi as Arunmozhi Varma has a limited screen presence yet his character written so well and Trisha as Kundavi, Aishwarya as Nandhini and all the characters did their part well.

Mani Ratnam, who is a master of bringing intense drama from the characters, Ponniyiin Selavan has a lot of drama but somehow that drama is not so connectable and he failed in making an intense drama, and this is not Mani Ratnam kind of film.

Except for a few VFX shots, technically, Ponniyin Selvan is top notch and the biggest backbone of the film is AR. Rehman his songs and background score take the movie to another level, Ravi Varman’s cinematography is good, and the rest of the technical team did their best.

Overall, Ponniyin Selavn is a treat to watch on screens but if you know the History of the Chola Kingdom.