Pakka Commercial Movie Review: Tollywood’s macho man Gopichand’s much-awaited film Pakka Commercial has released today  July 01, 2022, with humongous expectations as the film has been getting a brilliant response from the audience and critics also gave some positive reviews, However, without any delay lets jump into the in-depth review of Pakka Commercial and let’s know whether the film is worth watch or not. 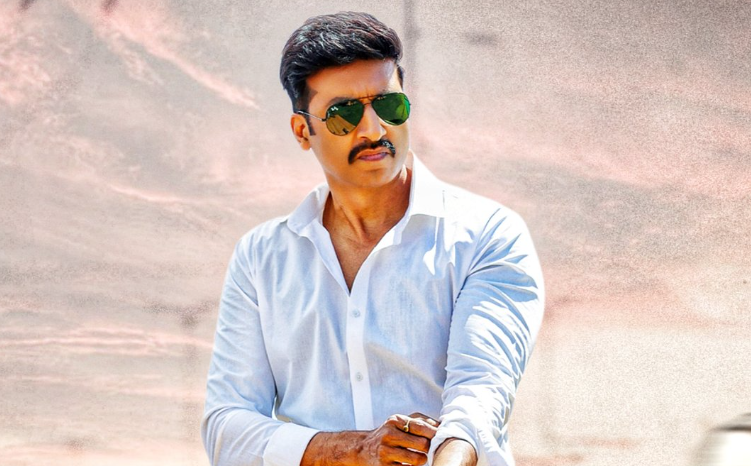 Pakka Commercial narrates Vivek(Gopichand) who is a lawyer by profession as by nature he is too commercial in everything after a long gap he returns to his job to unfold a mystery where Jhansi(Raasi Khanna) who is a serial actress where has to portray lawyer character, for that she joins as Ramchand’s assistant, in the proceedings both fell in love and on the other side Ramchand has to argue with his father, Finally, Why Ramchand take up the case? What was the mystery, to know all these you need to watch the film.

Pakka Commercial starring, Gopichand, Raashi Khanna, Satya Raj, Sapthagiri, Varalaxmi Sarath Kumar, Rao Ramesh, and others, the film was directed by Maruthi, Cinematography has done by Karm Chawla, Music has composed by Jakes Bejoy and the film Produced by Bunny Vass under the banner of UV Creations & GA2 Pictures.

Maruthi has created his own style of filmmaking as we all know his biggest asset is a comedy, no matter the genre he blends comedy so well in any genre but Pakka Commercial didn’t seem like a Maruthi film though it has comedy, we haven’t seen action in Maruthi films but Pakka Commercial has lot action as he might add those elements just because to satisfied Gopichand fans.’

The film starts off well with proper character establishment, but the conflict looks flat and that’s why the audience may get bored, and the first half went with Maruthi mark comedy and Gopichand mark action, and the second half also has nothing new to offer like is said the film lacks off the serious conflict and that’s why comedy looks so artificial, there are lot of brilliant casts to engage the audience with their comedy but it’s impossible to watch artificial comedy for 2 hands half hours and the climax is pretty good and it worked out quite well.

Gopichand as Vivek is good, it has been a long time to see him in a full-length comedy but we can’t see new Gopichnad while doing a comedy scenes as it reminds Loukyam kind of body language and comedy timing but a lot of comedy scenes he effortlessly pulled off, Raasi Kanna as Jhansi is okay as we have seen her with this same template in Prathi Roju Pandage but she excelled it so well in her character and Rao Ramesh is, as usual, brilliant with his unique comedy timing, Satyaraj is good in his character and rest of the cast did their best.

Maruthi is known for his comedy as but this time he tried something which is completely misfired I guess because after watching Pakka Commercial Maruthi is best at making with his own boundary as he is not a commercial director, though he blends his mark comedy somehow we missed that magic and he partially succeeded in engaging the audience.

Technically Pakka Commercial is the best film in Maruthi’s career as Karm Chawla’s cinematography looks top-notch and Jakes Bejoy’s songs are not up to the mark and the Background score is good and rest of the technical departments did well.

Finally, Pakka Commercial is a paisa vasool movie, if you like comedy films then must give it a try.