Kaduva Telugu Movie Review: Prithiviraj Sukumaran is no need of introduction for Telugu people as he is pretty known face as his latest film Kaduva has released in Telugu today July 07, 2022, with the same name, However, the trailer grabbed the attention and this time Prithviraj Sukumaran tried out and out commercial entertainer, so without any delay lets get to jump into the in-depth review of Kaduva and let’s know whether the film is worth watching or not. 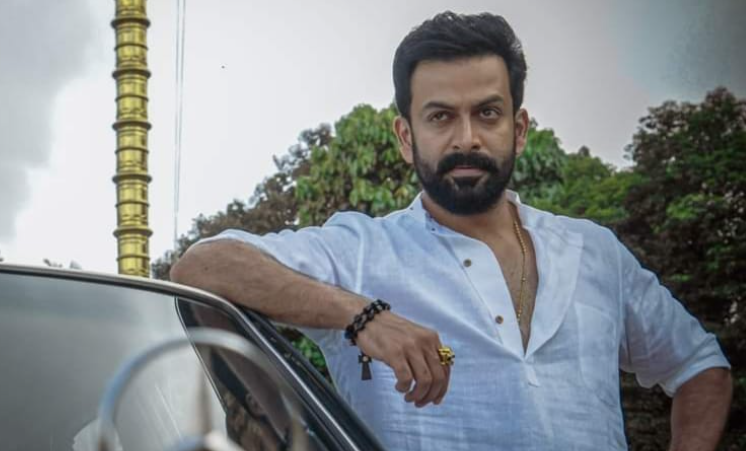 Kaduva’s story is set in the 90s where Kuruvachan(Prithviraj Sukumaran) who is high range rubber planter in the proceedings faces off with high-range Kerala police officer Joseph Chandy(Vivek Oberoi) as the rivalry between Kuruvachan and Joseph Chandy becomes more personal and finally how Kuruvachan’s wife Elsar(Samyuktha Menon) affected and how Joseph’s family got defected with this rivalry is the rest of the tale.

Prithviraj Sukumaran, Samyuktha Menon, Vivek Oberoi, and others, the film was written by Jinu V Abhraham and directed by Shaji Kailas, While the cinematography has done by Abinandhan Ramanujam, music has composed by Jakes Bejoy and the film produced by Supriya Menon & Listin Stephen under the banner of Prithviraj Productions & Magic Frames.

Its been a long time since we have seen out and out the commercial film in Malayalam as they have been making more content-based films over the years, but Kaduva surely takes you back to those commercial movies time period, as Prithviraj Sukumaran also addressed the same point that we missed those cheers and whistles throughout the movie and he wants to bring that back and undoubtedly that is what happening in the theaters.

Talking about the story set in the ’90s but somehow we don’t feel like we are watching a 90’s period film, as the story looks simple like two men’s egos and there is nothing new to offer but one thing I must say Kaduva has a lot of commercial blocks that will definitely engage the audience, However, the first half focuses on establishing hero’s world and build the rivalry between hero and a police officer and second half shifted to their rivalry, in between we should appreciate the director Shaji Kailas that he blends the rivalry with some sort of emotions like how both the families suffering because of them is captured so well on screens and it worked out quite well and special mention for the climax, the climax is well designed and till the climax Kaduva keeps you hooked. However, the Telugu dubbing could have been better as we have seen this situation with most of the dubbing films, hope makers should keep an eye on dubbing also.

Talking about the performances Prithviraj Sukumaran as Kuruvachan is just brilliant as we can not comment about his acting, recently he mesmerized with his performance in Jana Gana Mana and in Kaduva, he delivered how much the film wants and Vivek Oberoi as Joseph is brilliant as usual he impressed with his subtle performance this is the second film with Prithviraj after Lucifer, Samyuktha Menon has less scope to perform but she justifies her role and rest of the cast did their best.

Shaji Kailas has succeeded in engaging the audience as he knew the public pulse and we can on screens he placed all the commercial blocks so well.

Technically Kaduva looks great as Abinandhan Ramanujam’s visuals just like regular commercial films and Jakes Bejoy scored the best background music as he lifted a lot of blocks with his bgm and the rest of the technical departments did well.

Finally, Kaduva is a perfect commercial entertainer to watch in theaters and if you’re a commercial film lover then you must give it a try.