HIT 2 Movie Review: It’s been 2 years since HIT-The First case was released and undoubtedly it has created a fan base many audiences have been waiting for the second part finally makers have come up with an, even more, bigger than the first part as the trailer grabbed the attention for sure and raised a lot of expectations and moreover, recently makers have divulged that they planning a HIT franchise with 7 parts and the expectations got twofold. 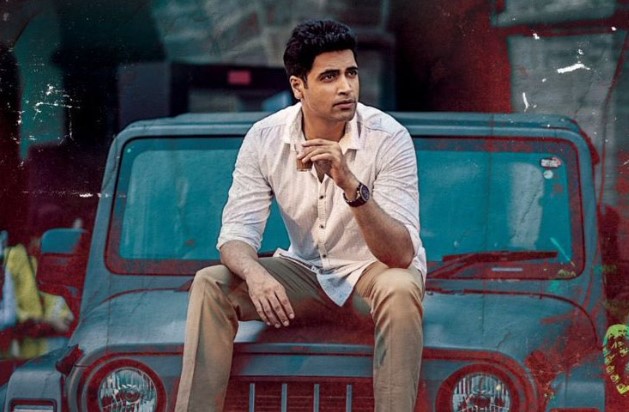 well, carrying the humongous expectations the film was finally released today December 02, 2022, and let’s delve into the in-depth review and find out whether the film is worth watching or not.

KD(Adivi Sesh) is a cool cop of Vizag, who always would love to solve tricky cases and succeeded in solving those cases but he faces a big challenge once he takes up the case of Sanjana, in the process of investigation he gets to know some shocking truths of the killer, Finally, Who was the killer? will KD solve the case and catch the criminal is form the rest of the story?

HIT-The First Case impressed many audiences with the edge of seat narrative but the climax didn’t satisfy many audiences and coming to HIT 2, as it starts off a bit slow pace with the world-building of KD and the plot too, However, once KD takes up the case of ‘Sanjana’s murder, initially the investigation process dipping and rising intermittently when the protagonist unable find the clue but once the protagonist delves deeper into the case from then on it pulls into the world of HIT 2 and makes you part of it, the first half pace dips but it has some blocks which make you invested in the first half and the interval bang worked out quite well as it makes you curious to watch the latter half.

The second half is, the heart of the film as the narrative picks up the pace by revealing one by one layer of the case, though the film lacks emotional quotient, the intense mood makes you glued to the seat till the climax and the climax dealt quite well, however, the problem of this film is the slow narration as the thrillers need racy screenplay, though the whole film is engaging except few blocks the slow paced narration test you’re patients, if the pace rises in the second half then the film would have much engaging.

Talking about the performances Adivi Sesh as KD is good as the character doesn’t challenge him much but as a cool COP he did a fine job but he looks a little un uncomfortable while doing an emotional scene, Meenakshi has no scope to perform though she has good screen presence, Although her character didn’t demand the performance and rest of the cast Rao Ramesh, Tanikella Bharani, Posani Krishna Murali, Komalee Prasad, Srinath Maganti, Srikanth Iyengar did their best.

Sailesh Kolanu, who impressed as debut director with HIT-The first case, though the story is not new although he gave a distinctive touch to the film with new scenes, and now with HIT 2 as he didn’t try to reinvent himself with a new story but he engaged us with the narrative and the new scenes as it clearly shows how much he researched, However, despite the slow narration he succeeded in engaging the audience.

Technically, HIT 2 is good but it could have been much better, again S.Manikandan impressed with his visuals as his framing, blocking, and lighting pull into the film and makes you travel with the story, MM Sree Lekha, Suresh Bobbili’s songs are not up to the mark as the thrillers need solid background score and Stewart Eduri has done a brilliant job, in many scenes he brought the intensity and rest of the technical team did their best.

Overall, HIT 2 is a decent thriller to watch by every section of the audience and must watch for thriller lovers