Hero Movie OTT Release Date: Hero is an upcoming romantic action entertainer featuring Ashok Galla and Nidhi Agarwal in the lead roles. It’s being directed by Sriram Aditya while the music for this film is composed by Ghibran. The cinematography is done by Sameer Reddy, Richard Prasad. The film editing part is done by Prawin Pudi. It’s being produced by Padmavati Galla under Amara Raja Media & Entertainment banner. 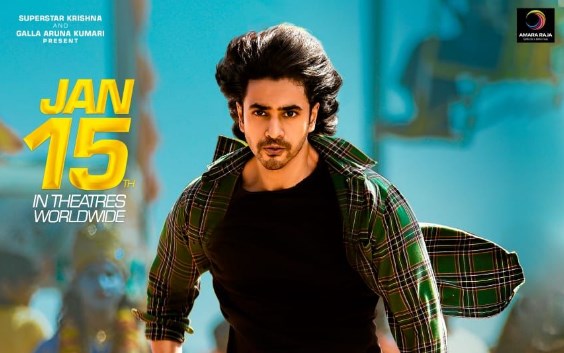 The film teaser was released a few days ago. The film teaser shows that a few parts of the film were shot at Grand Canyon. The film story has not been divulged by a film director. This film is completely a romantic and action thriller.

Ashok Galla, who is the nephew of Mahesh Babu has come up with a romantic and action film Hero. Mahesh Babu launched the teaser of the film Hero. Ashok Gall will be appearing a Cowboy getup in this film. Mahesh Babu who is introducing his nephew Ashok Galla as hero in Hero movie, took to his social media Twitter to share the film teaser.

Hero is upcoming romantic action film all set to release in theatres on November 11th 2021. The film has completed its censor boards and is geared up for grand release. The film producer has not made any official announcement with respect to the digital rights.

As Hero movie is all set to hit the theatres on 12th November, 2021, the film unit has been busy in film promotions. This is the debut film for Ahok Galla who is grandson of Super star Krishna and nephew of Mahesh Babu. He’s son of MP Jaydev Galla.  The film producer says that the film will be premiered on digital platform after theatrical release.