Anya’s Tutorial Web Series Review: Aha platform undoubtedly spreading its wings with unique content as they have been attempting all kinds of genres now Aha brings horror series called Anya’s Tutorial, and Bahubali producers Arka Media and Aha backed the series, However, the trailer has grabbed the attention and it raised the expectations as well now the series has finally premiered on Aha, and let’s know whether the series is worth watching or not. 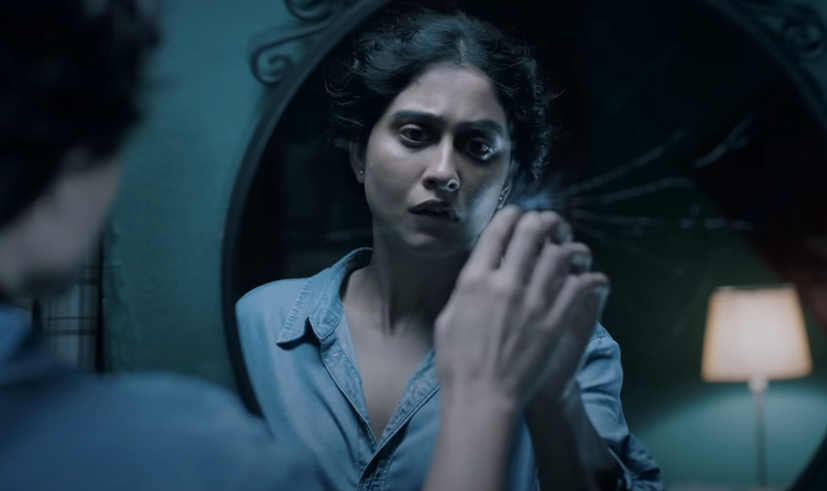 Lavanya aka Anya(Nivedhitha Sathish) an independent 23 old girl came out from her sister Madhu(Regina Cassandra) and starts a tutorial channel called Anya’s tutorial as Anya wants to become an influencer but her sister Madhu didn’t like her decisions, twist arises in the tale when Anya goes Live on Anya’s tutorial channel as she starts experiencing paranormal effects in her house, Finally, what was the mystery behind it is the rest of the tale.

Anya’s Tutorial starring, Regina Cassandra, and Nivedhitha Sathish, written by Soumya Sharma and directed by Pallavi Gangireddy, and the series produced by Arka Media and the series is backed by Aha.

We has seen many horror films and web series and those series have been made with some sort of commerciality but what made this series look different is the premise and brilliant writing as the series has fewer commercial elements and that’s the best part of the series.

The series hooked from the first episode as the makers have maintained the curiosity throughout the series, every episode needs a twist for any web series and this web series gives you a lot of twists that will make you watch the next episode. However, the series has some slow narration in the middle episode but for a web series its quite common. and most importantly the climax of the series is the soul of the makers ended with a twist and that leads into season 2.

Regina Cassandra as Madhu is good as she has the ability to portray any character and Madhu’s character effortlessly pulled it off and show-stealer is Nivedhitha Sathish as Anya as her character has a lot of layers and she has done a brilliant job in portraying Anya’s character and rest of the cast did their best.

Kudos to Soumya Sharma for brilliant writing as she has written so well about Anya’s character in and out and why she experiences paranormal and her child has preseason for her young life as Anya has terrible childhood all these points are blend so well in the series.

Pallavi Gangireddy succeeded in engaging the audience throughout the series, and cinematography is the major highlight of this series, and this series captured so well as the dark visuals take you into the new world.

Finally, Anya’s Tutorial is a must-watch web series and if you like the Horror genre then you must give it a try.