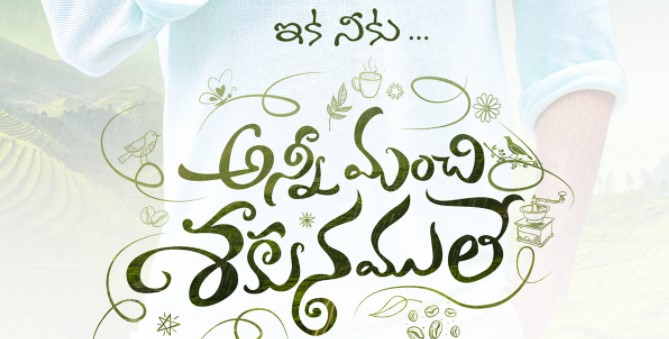 Anni Manchi Sakunamule seems to be the Romantic Entertainer. The first Title motion Poster of this film was released in July 2021. Santosh Shobhan is seen holding the camera in one poster. It looks like to be classical romantic story.

Nandhini Reddy is herself the Writer and Director of this movie. Vennela Kishore, Rao Ramesh, Naresh, Rajendra Prasad, Gautami and others playing supportive roles. Priyanka Dutt Producing this movie under banner of Swapna Cinema and Mitravinda Movie.

Mickey J Meyer Composing Music while Cinematography is being done by Sunny Kurapati. Dawood is the Screenplay writer and Dialogues were written by Lakshmi Bhoopala.

Anni Manchi Sakunamule Movie’s OTT Rights and Release Dates aren’t Confirmed by film makers. Title poster was released in July 2021. Still this movie is in Shooting Shedule, Post Production work also need to be completed. Movie may release by the end of this Year 2021.

Anni Manchi Sakunamule movie may release first at theatres. Trailer of it may release in a couple of weeks. It takes 2 to 3 months to comple shooting and Postproduction work. Even if movie release in the end of this Year, Ott release can be expected in 2021 itself.