Writer Padmabhushan Movie OTT Release Date: Colour Photo Fame Suhas Starrer Writer Padmabhushan’s  Movies Second Look poster was released on Actors Birthday. Suhas is Celebrating his birthday on 19th August 2021. Makers have released its movies first poster as a Surprice to Suhas on his Birthday. Shanmukh Prashanthi is the writer and Director of this Movie. OTT Rights details are yet to announce. 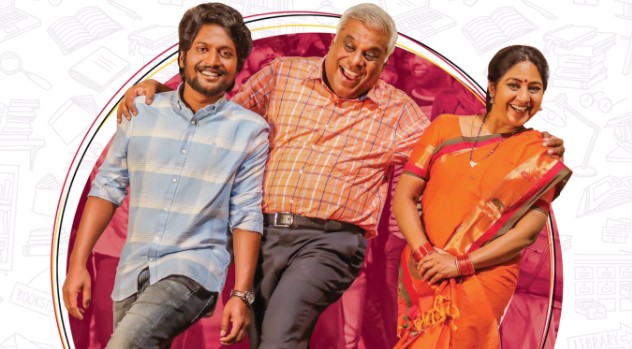 Writer Padmabhushan Story seems to be a Family drama movie. Suhas Playing the role of Writer Padmabhushan. He along with his father and Mother seen dancing in the second poster. In first Poster he will show off as selling his written books “Tholi Adugu”. Much details of the movie aren’t announced by any of the film makers as if now.

Sharat Chandra and Anurag Reddy Jointly Producing this movie under banner of Chaibisket and Lahari Productions. Ashish Vidyarthi and Rohini Molleti Playing the role of Father and mother of Suhas.

Actor Suhas Said that since Colour Photo became a block buster he started getting many movie offers. He Liked the writer Padmabhushan’s story when it was narrated by writer Prashanth himself. Prashanth earlier worked as assistant writer for Colour Photo.

OTT Rights and Release dates of Writer Padmabhushan aren’t announced by any of the film makers officially. Actor Suhas on his Birthday 19th August announced that makers are planning to release it in october. He also said that except a song whole part of the movie shooting was wrapped up.

Makers are Planning to release this movie in theatres directly. As Actor Suhas revelased Writer Padmabhushan may Hit Bigg Screens in October 2021. If everything goeswell in its theatrical release then OTT Release date can be expected around November / December 2021.