Hyderabad, 12th August 2022: After taking the audience on back-to-back thrilling rides with the world television premieres of several hit movies, Zee Telugu is all set to treat its viewers with yet another blockbuster film. This time around, the channel is going to air the biggest blockbuster of 2022 – KGF: Chapter 2. The mega-blockbuster, which had won the hearts of millions across India when it was released in the theatres, is now all set to have its World Television Premiere on 21st August (Sunday) at 5:30 pm, only on Zee Telugu. 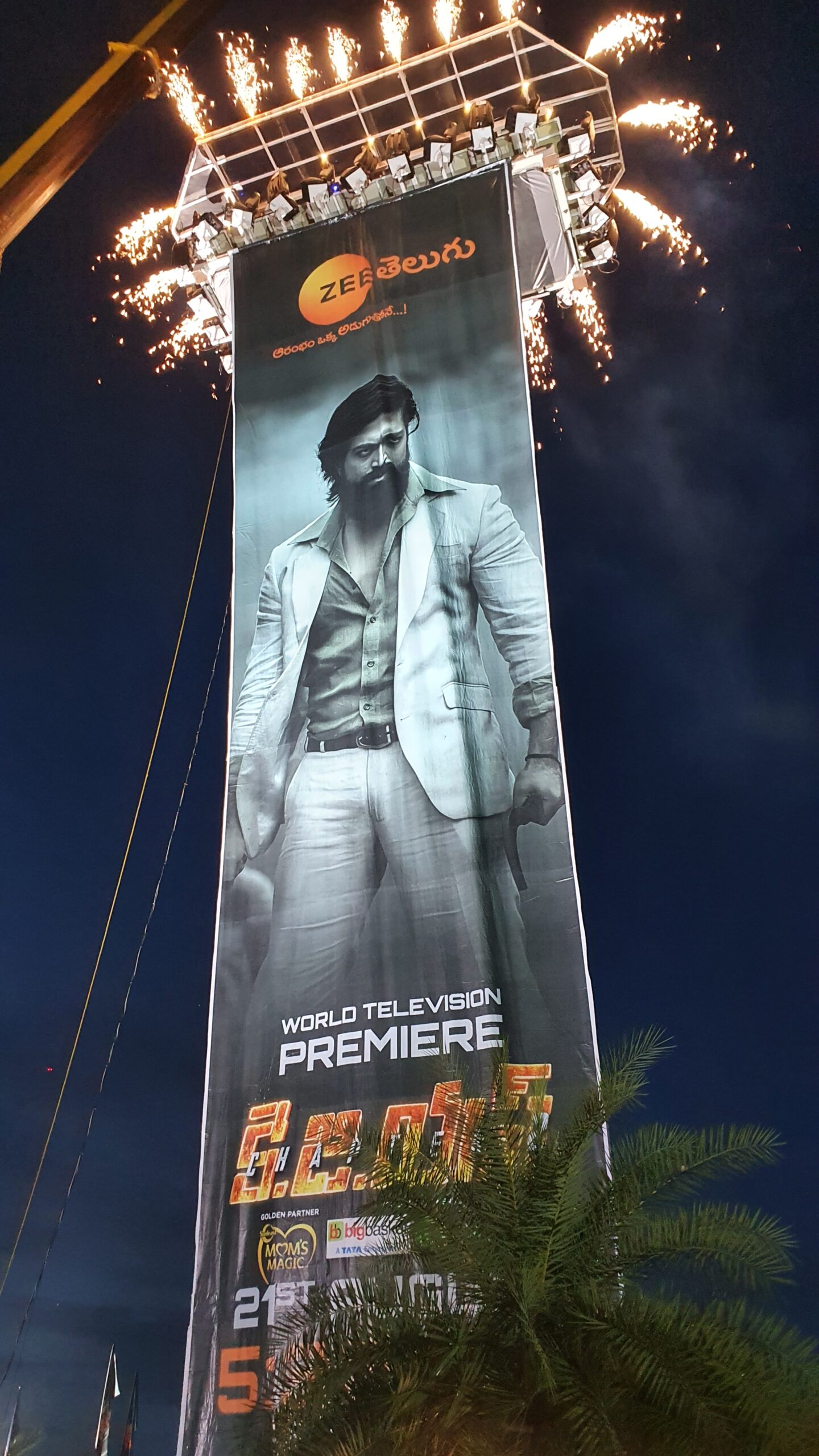 The Prashanth Neel directorial, which was released in multiple languages and turned out to be the second highest domestic grosser ever, is now all set to take the TV audience by storm. Starring Rocking star Yash as the main lead along with Sanjay Dutt, Raveena Tandon, Srinidhi Shetty, and Prakash Raj in key roles, KGF: Chapter 2 will take movie buffs on an adventurous journey of Rocky, played by Yash. After establishing himself as the kingpin of the Kolar Gold Fields, the movie will follow how Rocky tries to retain his supremacy over his adversaries as well as the government officials while coming to terms with his past. Though his allies continue to look up to him, the government, especially Ramika Sen (Raveena Tandon), sees him as a threat to law and order. With Adheera (Sanjay Dutt) also returning, Rocky must battle threats from all sides to keep his throne intact.

To announce the mega World Television Premiere of KGF: Chapter 2, Zee Telugu also organized a larger-than-life and first-of-its-kind stunt. On 11th August, the city of Hyderabad witnessed a massive 100-foot film poster of KGF: Chapter 2 being unveiled at a popular restaurant. Propped up by cranes that are usually employed to give customers a differentiated dining experience, the poster was a fitting tribute to the massive success of KGF: Chapter 2. This event was captured by the media and the
a massive audience that was in attendance.

While the announcement might have caught your attention, wait till you see KGF: Chapter 2 on Zee Telugu. The sequel to the 2018 superhit film, K.G.F: Chapter 1, is an edge-of-the-seat entertainer.

Enjoy the World Television Premiere of KGF: Chapter 2 on 21st August at 5:30 pm, only on Zee Telugu