Waltair Veerayya Review: Despite the flop of Acharya, Chiranjeevi didn’t lose confidence as he is come up with an even stronger, film called ‘Waltair Veerayya. The film raised expectations since the first look and once the trailer got released the expectation got twofold. However, carrying with humongous expectations the film has been released today and without any delay, let’s get delve into the in-depth review to know whether the film is worth watching or not. 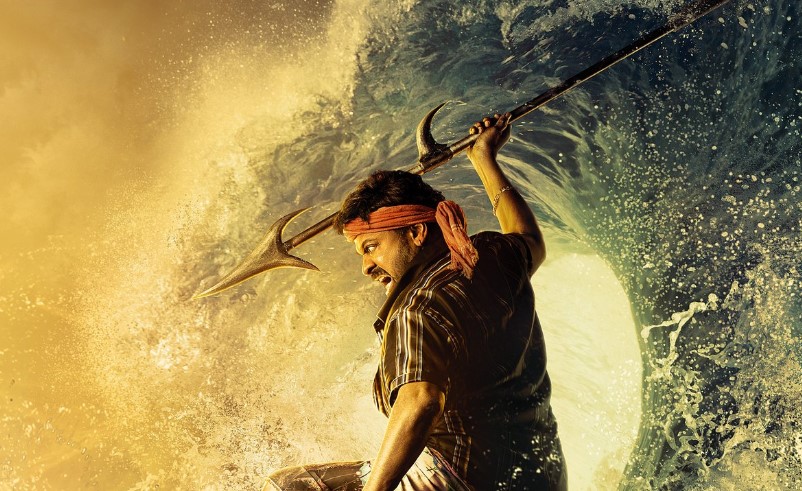 Veerayya (Chiranjeevi) lives in the Waltair Portal area, and he knows in and out about the sea; he runs an ice factory at the port. A sincere police officer Sithapathi(Rajendra Prasad) suspended just because of the Malesian drug mafia leader Salmon Caesar(Bobby Simha). However, Seethapthy finds Veerayya to be bringing Salmon Caesar from Malesia with an agreement of 25 lakhs, and a twist arises in the tale that Veerayya has a different plan as he went to Malesia to catch Salmon Caesar’s brother Michael Caesar (Prakash Raj). Finally, what was the backstory of Veerayya and Michael? And why ACP Vikaram Sagar (Ravi Teja) gets appointed to punish Veerayya needs to be seen in the film.

Chiranjeevi, Ravi Teja, Shruti Haasan, Catherine Tresa, Srinivas Reddy, Shakalaka Shankar, Saptagiri, and others, and the film is directed by K.Ravinder(Bobby), while the cinematography has done by Arthur A Wilson, the Music has composed by Devi Sri Prasad and the film Produced by Naveen Yerneni and Y Ravi Shankar under the banner of Mythri Movie Makers.

Chiranjeevi was a package star with performance, dance, action, and comedy and now over the years, he is been trying to reinvent himself as he was. Sadly his previous films ended as disasters in terms of critical and economic, however, despite the disaster of Acharya, he is back Waltair Veerayya, the film is purely made to bring back vintage Chiranjeevi and to satisfy his fans. The first half is packed with all the commercial elements that are expected from Chiranjeevi right from the comedy, action, and dance, though the story looks simple it has strong emotion throughout the film. The pace of the film lacks interest here and there but Chiranjeevi holds the attention and makes us sit.

The second half also follows the same age-old template but its good to watch vintage Chiranjeevi on screen, however, when the pace dips in the latter half, Mass Maharaja Raviteja enters the field and from then on the film runs with a racy screenplay till the climax. The combination scenes of Chiranjeevi and Raviteja are just fireworks and the song called ‘Poonaklu Loading’ is just brilliant on screen.

Chiranjeevi as Veerayya has just killed it, being 67 years old he looks more younger and energetic than before on screen. His dance moves and comedy timing reminds us of vintage Chiranjeevi for sure. Shruthi Hasan has nothing to do with the film as she is just a pair for  Chiranjeevi and Raviteja as Vikram Sagar IPS are as usual good but his Telangana dialect is not so impressive and the rest of the cast like Srinivas Reddy, Shakalaka Shankar and other did their best.

Technically, Waltair Veerayya looks top-notch, Arthur A Wilson’s cinematography is a major plus point for the film and he pulls us into the world of the film and makes us part of it with his framing, mood, and lighting, Devi Sri Prasad has done the passable job with his songs and background score and the rest of the team did well.

Overall, Waltair Veerayya is a packaged show of Chiranjeevi that will surely entertain all sections of the audience.