Virgin Story Movie Review: Virgin Story Movie starring Vikram Sahidev and Soowmika Pandiyan in the main lead roles has been released grandly into theatres this day on February 18, 2022. On the first day itself, it got a good response from the Audience. Critics reviewed it as one of the best latest fresh comedy love stories. Pradip Atluri has directed this movie. 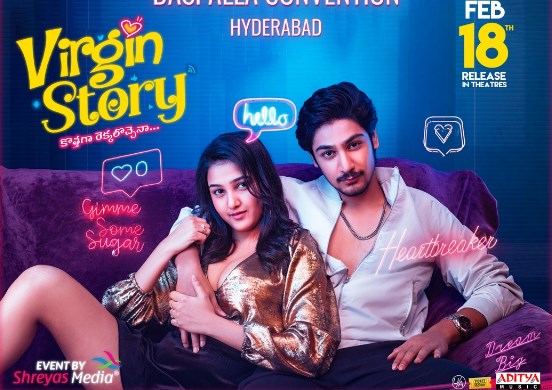 Virgin Story is a Complete Romantic Comedy film. Vikram Sahidev plays the role of Vikram and Sowmika Indian as Priyanshi. Both fell in love but after some time differences come in between them. It’s a routine fresh love story but presented very well in a funny way.