Virgin Story Movie OTT Release Date: Virgin Story Movie Starring Vikram Sahidev and Sowmika Pandiyan in the Main lead role Trailer got released on October 31, 2021. Director Shekarkammula Released this Trailer. Pradeep B Atluri has is helming is this Project. Theatrical Release dates and OTT Details of it aren’t announced by the makers as of Now. 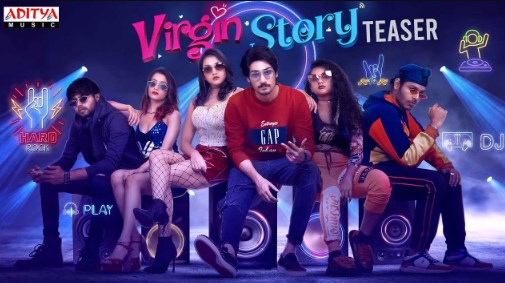 Virgin Story is a Romantic Youthfull Entertainer Movie. As per the Director Story revolves around Teenage Characters and their life. How Youth faces life in their teenage. How they fell in love. the Love story from the Side of Girl and Boy are Presented in a Different Beautifull way as said by the Director Pradip B Atluri.

Shekar Kammula While Launching Trailer said that Virgin Story is a Complete Youthfull Entertainer. He watched songs, Trailer and Perfomance of Actor Vikram and Said that the all were Beautifully Made. Shekar Kammula asked the audience to watch the movie and get entertained.

Virgin Story Theatrical Release Date aren’t announced. Movie may get Release by the end of this Year or in 2022. Filming is almost Completed. As per the Director, This Virgin Story movie is Completely a Youth Entertainer Movie and its about a Beautifull Love story, Friends of Teenage Youth Characters.

Virgin Story is a New Age Movie and its a Youthfull Entertainer. Keep Visiting Our Website to get Latest Updates on Upcoming New movie Releases.