Vikram Telugu Dubbed Movies List 2021: The most popular South Indian actor after Kamal Hassan and Rajinikanth is Vikram who is famous for his movies in almost all South Indian states. Vikram holds a strong fan base in Telugu states after Tamil Nadu. Theatrical business for his movies do well in Telugu states and not less than a Telugu straight film. Movies like Sivaputrudu, Aparichitudu, I, Majaa, Mallanna, Nanna and other films did well in Telugu version. Moreover, people like to watch his movies since he always comes up with great stories and performances. On this page we are going to look at the Vikram Telugu Dubbed Movies List Till 2021. 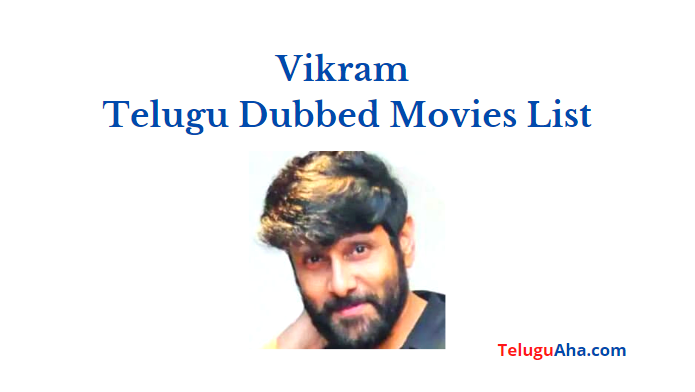 Kennedy John Victor better known by his stage name Vikram or Chiyaan Vikram, is an Indian actor who works mainly in Tamil films. However, most of his Tamil films dubbed into other Indian languages including Telugu, Malayalam, Hindi and Kannada.

He has won many awards for his performances, seven Filmfare Awards, a National Film Award and the Tamil Nadu State Film Award, among other awards. He also received an honorary doctorate from the Milan People’s University in May 2011. Below in the paragraphs, We have compiled the Vikram Telugu Dubbed Movies List till 2021. So, have a look into the below table If you are a Telugu fan of Vikarm.

Vikram made his debut into Films as a dubbing artist and as an actor in supporting roles. In his struggling days, he did supporting roles in many of Tamil, Telugu and Malayalam movies. It took many years for Vikram to become a commercial star in Kollywood. Later he never looked back and now he is one of the most professional actors in India like Kamal Hassan.