Vikram Movie Box Office Collections: Vikram is a much-awaited film across the languages as the film has released yesterday June 03 between humongous expectations and it has got a brilliant response from the audience and critics, after the trailer got released the film’s expectations got higher, well the Vikram’s talk has been quite good but the first day collections in Telugu states are not impressive as per the reports Vikram has collected on its first day around 3.6 crores in Telugu states and worldwide it has collected on its first day around 37 crores, However, the film needs a lot for the break-even, let’s hope the film does well at the Box Office. 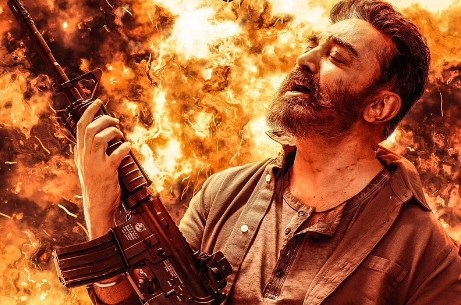 Vikram starring, Kamal Haasan, Vijay Sethupathi, and Fahadh Faasil, and is written and directed by  Lokesh Kanagaraj, Cinematography has done by Girish Gangadharan, Music has composed by Anirudh Ravichandran and the film was produced by Kamal Haasan & R.Mahendran under the banner of Raaj Kamal films International.