Vijay Sethupathi Upcoming Movies: Vijay Sethupathi is the busiest Actor in South film industry. Many of his films are about to release in theatres. They got postponed only because of corona pandemic situation. Not only in kollywood Vijay is now one of the top Actors in Indian film Industry. High budget films are competing to star vijaysethupathi in their projects. Below are some of the details about his Upcoming films. 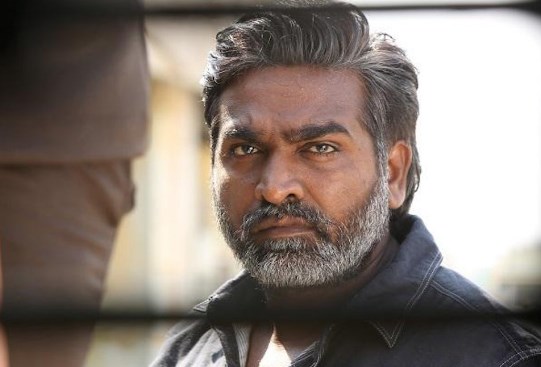 Tughluq darbar is a tamil language mass movie starring rashi khanna and vijaysethupathi. Delhi Prasad deendayal is the director, while S.S lalith Kumar is the producer. Shooting completed by january 2021 and is about to release soon.

Maamanitham starring Vijaysethupathi and Gayathri in lead roles. Seenu Ramaswamy  is the director while Yuvan shankar raja is both producer and music composer. Because of Corona, its theatrical release is getting postponed. Zee5 has bagged the digital rights but ott release details are yet to be announced.

Pisasu 2 a horror film starring Andrea Jeramia and Rajkumar Pichumani in the lead role. Vijay sethupathi is also playing the main role. Rockfort Entertainment is producing it and the release dates are yet to come.

Viduthalai a tamil thriller film directed and written by Vetrimaaran. Vijay Playing the teacher character along with Soorin in constable role. Film is in Final schedule of shooting.

Kadaisi Vivasai is a comedy drama film written and directed by M. Manikandan. Vijaysethupathi, Nallandi and Yogibabu are in lead roles. Shooting started in Aplil 2018 and vijay wrapped up his roles in september. Release date are yet to be announced.

Vijay Sethupathi was approved by kgf director prashanth neel. Buzz is that Vijay is going to play villain character in Prabhas’s upcoming Salaar movie. Details are yet to be announced officially.