Pizza 2 Movie OTT Release Date: Pizza 2 (Puriyatha Puthir)  starring Makkal Selvan Vijay sethupathi and Gayathri in the lead role is a Tamil thriller movie which already got released on OTT in November 2020. Ranjith Jeyakodi directed it while Deepan Bhoopathy is the Producer. It is being dubbed in telugu and getting released on Aha video on 3rd September 2021. 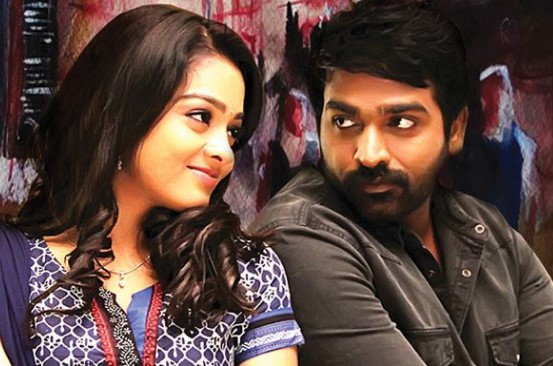 Pizza 2 in telugu dubbing rights was purchased by Latha Reddy. Original name of Pizza 2 was Puriyatha Puthir which got released on OTT directly in November 2021. Because of Pandemic restriction it was released directly on OTT.

Pizza 2 original name was Puriyatha Puthir in Tamil. Now its telugu Dubb Pizza 2 is going to stream on Aha Video from 3rd September. Latha Reddy has bagged telugu dubb rights of this film. Pizza 2 was hit in tamil, the same is being expected in Telugu also.

Pizza 2  starring Vijaysethupathi in the lead role is going to stream on Aha from 3rd September. Almost all movies of Vijay sethupathi getting dubbed in Telugu. Aha Video is a step forward to dubb all tamil hit movies in telugu.