Vijay Sethupathi 2021 Movie Aha OTT Release Date: Harshita Movies released the Tamil movie ‘Sangathamizhan’, in Telugu under title ‘Vijay Sethupathi’ on Nov 15, 2019. Reportedly The movie is now having its OTT Release on AHA App. Vijaya Sethupathi, the Self Made Star in the South debuted into Telugu with ‘Sye Raa’ and got fame with Uppena as a villain. 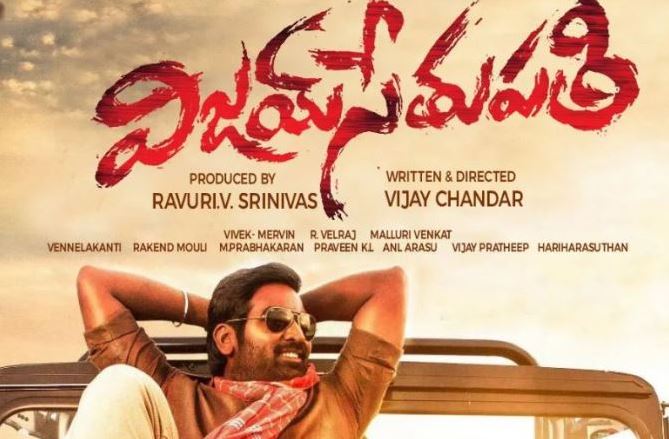 Vijay Sethupathi is very happy to release the film in Telugu. Rashi Khanna, Nazar, Niveda Pethuraj and Ashutosh Rana are very close to the Telugu audience and it is believed that this movie will be appreciated by the audience as a straight movie. The action scenes in this film deserve special praise.

Vijay Sethupathi (Sangathamizhan), directed by Vijay Chandar was scheduled for a digital release on Aha App this May 2021. Directed by Vijay Chandar, Vijay Sethupathi movie also stars Raashi Khanna and Nivetha Pethuraj in important roles. With music by Vivek-Mervin, R Velraj has been roped in for cinematography while Praveen KL will be editing it.

A budding actor named Charan(Vijay Sethupathi) comes across Kamalini (Raashi Khanna), daughter of a rich businessman(Ravi Kishan) at a pub. Eventually, a friendship blooms between them and when things seem to be going fine, a different side of Charan as Vijay Sethupathi is revealed during the interval. Who is this Charan? what is his violent past as Vijay Sethupathi? How does his past involving Rani(Nivetha Pethuraj) and wicked politician Chittibabu (Ashutosh Rana) trouble him? To know answers, watch the film on big screen.