Vijay Devarakonda Upcoming Movies: Vijay Devarakonda Sai, a 32 year old actor who is not only a top actor in Tollywood but also one of the top stars in Indian Film Industry. Though His First film with the main lead role was Pellichoopulu movie, he has been playing some lead roles from Nuvvila movie that released in year 2011 directed by Ravi Babu. 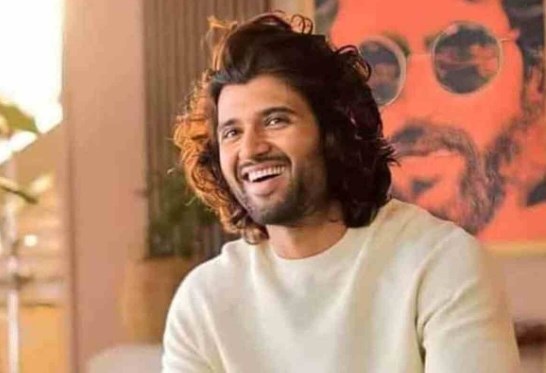 Vijay Devarakonda has been in Industry since a decade. But success started From Movie Arjun Reddy 2017 directed by Sandeep Reddy Vanga. This Movie created a new trend in Tollywood, Won many awards and Remake was made named “Kabir Sing” directed by the same director.

Vijay Devarakonda made 11 movies including Liger which is ought to be released. On whole he appeared in 17 movies but these were the only 11 movies with the main lead characters

The last movie of Vijay Devarakonda was World Famous lover released on 14th February 2020. But this was a flop movie for him. Budget of the movie was 35 crore with collections only 19 crores.

Liger movie directed by Puri Jagannath was about to release in February itself, but it didn’t. Corona Second wave is also one of the reason for the postponement of this movie. Liger is an Action Drama film and a Pan Indian Movie produced by Charmee Kaur. Bollywood Rights for this movie is holding by Karan Johar. Ananya Pandey is playing the lead role along with Vijay. Liger is slated to release in theatres on 9th September 2021.

“Hero” movie’s Pooja program was finished long back in 2019. Director koratal shiva given first clap for this movie. Malavika Mohanan playing lead role along with vijay. Movie is directed by Anand Annamalai Under the banner of Mythri Movie Makers. Supporting roles are played by Vennela Kishore, Saran and Kitty. Music Is Composed By Pradeep Kumar. Due to Corona, this movie shooting hasn’t been completing.

Vd 12 is actually the Untitled Movie of Vijay Deverakonda. With Liger as 11th movie,  the next 12 movie may be Produced by DiLRaju. The movie will be directed by Shiva Nirvana. None of the Details about the other lead roles were out. There wasn’t any Official information also about this movie. The details might come out after the release of Liger Movie.

Vijay Devarakonda is yet to make films with other top directors in Tollywood. Sukumar and Vijay Combination movie details are not out. Buzz is that.. It will be produced by Kedar Selagam shetty. There wasn’t any official information about this movie. Both Vijay and Sukumar are busy with their Pan Indian Movies Liger and Pushpa. After releasing of these movies, their film may go on sets for shoot. If that happens then Sukumar Vijay’s movie may slate to release somewhere in 2022

These are the Upcoming Movies of Vijay Devara Konda. Director Puri launched many Actors to heights and made them Stars. Now its Vijay turn to get boosted by Puri’s direction.