Nandamuri Balakrishna’s much-anticipated action flick Veera Simha Reddy is all set to hit the screens on January 12, 2023. This Sankranthi is going to be a big clash, with big films like Veera Simha Reddy, Chiranjeevi’s Waltair Veerayya, and Tamil dubbed films like Thalapathy’s Vaarasudu, Thala Ajith’s Thegimpu, Moviegoers are eagerly waiting to see who is going to win this race. Since the movie was announced, the working title has been “NBK 107,” because this is Balakrishna’s 107th film. The movie is being directed by Gopichand Malineni, who is best known for films like Don Seenu, Balupu, and Krack. 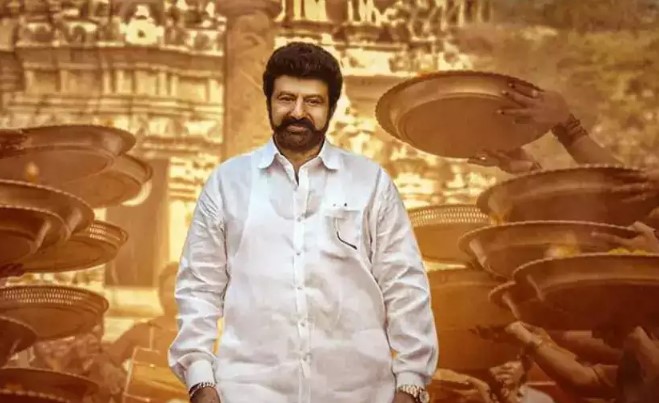 Veera Simha Reddy is inspired by true incidents and makers have kept under wraps what the story is about. However, according to the leaked tale, Balakrishna is portraying both a father and a son. The son is a bank manager who works abroad with Shruti Hassan as a colleague and lives with his mother. Young Balakrishna will travel to India to take revenge on an evil character who kills his father, an old faction leader.

Kannada star Duniya Vikay making his debut in Tollywood as a villain, Varalaxmi has been doing pretty well across the languages as she was last seen in Samantha’s Yashoda, and amid doing lead roles she is also doing supporting roles if she likes her role and she said in an interview that her role is one of the important roles in Veera Simha Reddy.

Veera Simha Reddy is going to hit the screens on January 12, 2023, along with Veera Simha Reddy there are big films like Waltair Veerayya, Vaarasudu, Ajith’s Thegimpu are also in the race. Renowned OTT giants have been trying to acquire digital rights. However, after the theatrical release, the filmmakers will divulge the OTT platform name, and also we get to know the film’s OTT rights price until then, keep visiting our site.

The Veera Simha Reddy makers have not released the trailer yet, but they have dropped the teaser with the name “First Hunt,” which went viral. Thaman S of Akhanda fame will score the music, and I’m sure he’ll kill it. The film’s songs have already been released, and all of them have become chartbusters. The Veera Simha Reddy trailer will be released very soon.

After the blockbuster Mythri Movie Makers spent around 80 crores on Veera Simha Reddy, Balakrishna’s most expensive film was Akhanda, which was a massive hit. The theatrical business of the film has done around 66 crores, and it’s going on. Akhanda was the biggest earner in his career, and Veera Simha Reddy is going to create a rage at the box office once again.

Veera Simha Reddy is going to release on January 12, 2023, and this film is going to be one of the biggest action films in his career. Balakrishna’s previous film, Akhanda, has a good IMDB rating of 6.8/10, and the expectations for Veera Simha Reddy are high, so we can expect an impressive rating.

Veera Simha is billed as an action drama that is going to hit the screens on January 12, 2023. The film expectations are at a peak because Gopichand Malineni who basked in the blockbuster with Krack and Balakrishna who basked in the career biggest blockbuster Akhanda and the successful duo are coming to create a rage at the theaters.