Lakshmi Soujanya Directed this Movie while Surya Devara Naga Vamshi Produced it Under banner of Sithara Entertainments. OTT Rights of this film aren’t announced by any of the film makers As of Now. 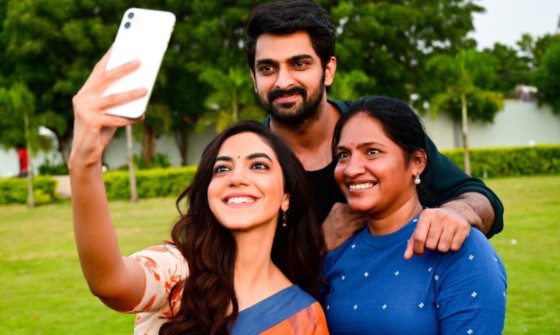 Story revolves around Marriage as the title “Varudu kaavalenu” itself tells us. As per unknown sources story is about two youngsters who get married. They live Happily for some period but after some time their bond gets weaker. What happens..? Will they abel to Unite..? These seems to be the crux of this story. The given story is not officially given by any diretor or writer of this movie, its just a buzz.

Other Lead roles are played by Murali Sharma, Nadhiya, Vennela Kishore, Praveen, Harsha Vardhan and Others. Music is Composed by Vishal Chandrasekhar and Cinematography was done by Patchi Pulusu Vamshi Vishnu Sarma.

Officially Makers confirmed that shooting was wrapped up on 7th August. Recently this movies song “Digu Digu Digu Naga” composed by S. Thaman has been a massive hit and is trending with 6million plus views in just 4 days. Other details of the movie are given below.

If every thing goes well in releasing the movie in  theatres in September then OTT Release dates can be expected around November 2021. This movie seems to be a blockbuster one in coming days as the lyrical song Digu Digu Digu Naga is doing viral on entertainment media.

Watch Movies only in Theatres or On OTT Platforms. Keep Visting our website to get Latest Updates on Movies OTT Releases, Reviews, Satellite Rights and Many More.