Valimai Movie Review: After much Awaiting Valimai film has finally released into theatres this day on February 24, 2022, in Telugu, Tamil,  Kannada, Malayalam, and Hindi languages. There is no doubt about the Acting performance of Thala Ajith. But in this movie, Thala Ajith fans will see Ajith as a Racer again as Ajith’s lovable hobby is Racing and He Himself is an International Racer. Fans and Movie lovers enjoyed watching Valimai a Lot. Action Sequences are Highlighted in this film.
0 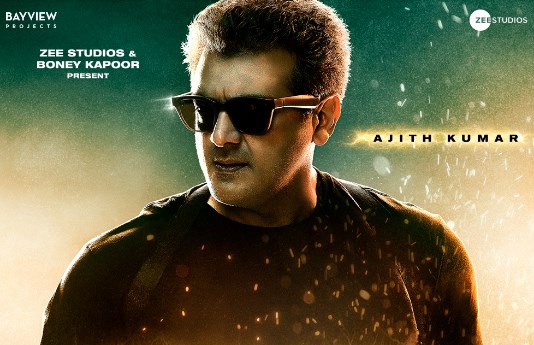 Valimai is an Action Thriller Film. The story revolves around an IPS Police officer nabbing and chasing Cruel Bike Racers who involve in thefts and Murders. Ajith plays the role of an IPS Officer Arjun. Tollywood Actor Karthikeya Gummakonda played the role of Villain. Huma Qureshi acted as Ajith’s Love interest. Valimai will be a Visual treat to Movie Lovers. Many Action sequences were shot abroad.

Boney Kapoor bankrolled this cinema with a budget of 150 crores under banners of Bayview Projects LLP. Yuvan Shankar Raja composed the music while Cinematography was done by Nirav Shah and Editing by Vijay Velukutty.

Valimai is a must watchable film. If you won’t watch then you are missing one of the best movies of 2022. Thala Ajith’s and Karthikeya Gummakonda’s performances are highlighted in this film. Dialogues and Cinematography are plus points. the whole family can go to theatres and can watch it without any hesitance.