Vakeel Saab Digital Streaming Rights & Vakeel Saab OTT Release Date: Pawan Kalyan’s latest film “Vakeel Saab” regular shoot was commenced on 20 January 2020 and completed in several schedules in the amid Lockdown. Though it was scheduled for a early release but got delayed due to COVID-19 outbreak. Now the movie has finished all the works and ready for a grand release worldwide on April 09, 2021. The latest update is that Vakeel Saab digital rights were sold to Amazon Prime while ZEE has got the satellite rights. 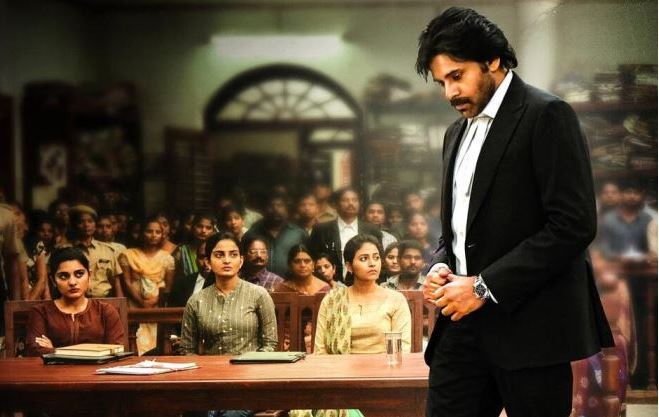 This film has got a huge offer from various OTT platforms for direct OTT release during the lockdown period. But, the makers are not in a hurry stage and they want to see the Pawan Kalyan’s much awaited project on the Big Screens. After getting busy with Politics, Pawan Kalyan is striking back with the Telugu remake of PINK.

Vakeel Saab is the new Telugu movie directed by Venu Sriram and produced by Dil Raju , Boney Kapoor. Starring Pawan Kalyan , Anjali , Nivetha Thomas along with other artists. Music of Vakeel Saab composed by S.Thaman and editing of the movie done by Prawin Pudi. The movie is scheduled to release on April 09, 2021.

When We Can Expect “Vakeel Saab” in Amazon Prime Video?

According to reports, the makers had an agreement with digital streaming platform for the post theatrical release in Amazon Prime Video only after 50 days of its initial release. Officially, the digital streaming of the movie confirmed to April 30, 2021.

The makers have recently released a poster stating that Vakeel saab is not releasing on any OTT platform any time soon. As always, we will keep you updated on the future of Vakeel Saab digital streaming rights and Vakeel Saab OTT Release date and more.