“Ustaad Bhagat Singh” is an exciting flick from the same team that made “Gabbar Singh,” which was a huge hit since then, fans have been waiting for this combo and a blockbuster like Gabbar Singh and  Ustad Bhagat Singh seems to be another blockbuster is on the way. The film was supposed to be called “Bhavadeeyudu Bhagat Singh” when it was announced a year ago, but it never went on floors due to unknown reasons. Even though everything else stayed the same, the name of the movie has been changed to “Ustaad Bhagat Singh.” 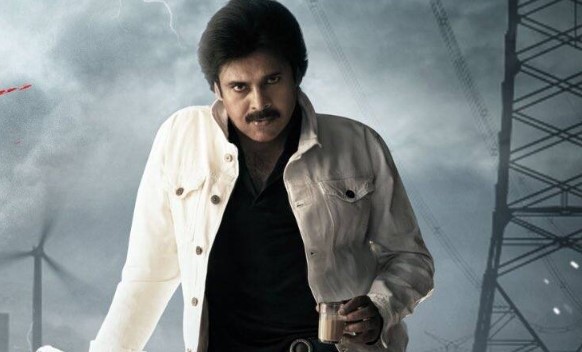 The makers of Ustaad Bhagat Singh haven’t said what the movie is about, but it’s been said that it’s based on Thalapathy Vijay’s 2016 movie “Theri.” But fans will definitely enjoy the movie. However, makers have released the first look poster, and look cool, Pawan Kalyan is looking dashing with holding a tea glass and standing on a Harley Davidson bike. Despite the story, this film is going to be pure fan stuff.

The main character is Pawan Kalyan, and the rest of the cast hasn’t been announced yet. The film is directed by Harish Shankar, Ayananka Bose cranks the camera, and Ayananka Bose’s last film was Karthik Aryan’s “Freddy.” Devi Sri Prasad is the music director, and his most recent hit was “Pushpa-The Rise.” The film is produced by Naveen Yerneni and  Y Ravi Shankar under the banner of Mythri Movie Makers.

Ustaad Bhagat Singh will go on floors soon as Pawan Kalyan is busy completing his periodic film Hari Hara Veeramallu, helmed by Krish Jagarlamudi, and once the film is finished, he will join the sets of Ustaad Bhagat Singh. Many fans and moviegoers have been waiting to see the full movie, but it will take some time; in the meantime, stay tuned with us.

It’s a Pawan Kalyan film, and obviously, the business will be sky-high, and many renowned OTT platforms will compete to acquire digital rights for a whopping amount. However, it’s too early to announce all the information, as everything will be revealed once the film is released in theaters. Until then, stay with us.

The Ustaad Bhagat Singh trailer will take a lot of time as the film hasn’t even gone on floors; however, the film has launched at Ramanaidu Studios. Reports say that regular filming for the movie will start in early 2023, and given how busy Pawan Kalyan is, it could be done very soon. You can watch the puja ceremony video here.

Pawan Kalyan is a bankable actor in Tollywood, and though his films flop or he takes long breaks, anything doesn’t affect his career and stardom. Even though the film talk will be negative on the first show, the openings will create a rage at the box office. His last outing, Bheemla Nayak, was made with a budget of 100 crores, and now Ustaad Bhagat Singh will be made with a whopping budget of 150 crores, and there might be a chance of increasing the budget in the future. Also, Hari Hara Veera Mallu marks the most expensive film in his career.

Reviews don’t affect Pawan Kalyan films’ be it IMDb ratings. His last outing, Bheemla Naayak, had an IMDb rating of 6.4/10 with 9,400 votes, and according to IMDb, the film was a flop, but the fans made it a blockbuster. Likewise, there is absolutely no doubt Ustaad Bhagat Singh is going to be a blockbuster for sure.

Ustaad Bhagat Singh is a much-hyped film than Hari Hara Veeramallu because fans would like to see him in an energetic role rather than periodic roles. That’s the reason fans are more interested in Ustaad Bhagat Singh. However, the film is expected to be released by the end of 2023, so prepare to see vintage, Pawan Kalyan.