Ustaad Bhagat Singh Movie OTT Release Date: After the phenomenal success of Gabbar Singh, the combo is back with another exciting flick called “Ustaad Bhagat Singh.” Gabbar Singh, as everyone knows, brought cheers among Pawan Kalyan fans, and since then, fans have been waiting for an out-and-out commercial entertainer, and the time has come in the form of Ustad Bhagat Singh. The film was announced a year ago with the title “Bhavadeeyudu Bhagat Singh,” but the film didn’t go on floors due to unknown reasons. Although the makers kept everything the same, they have come up with a slight change of title, “Ustaad Bhagat Singh.” 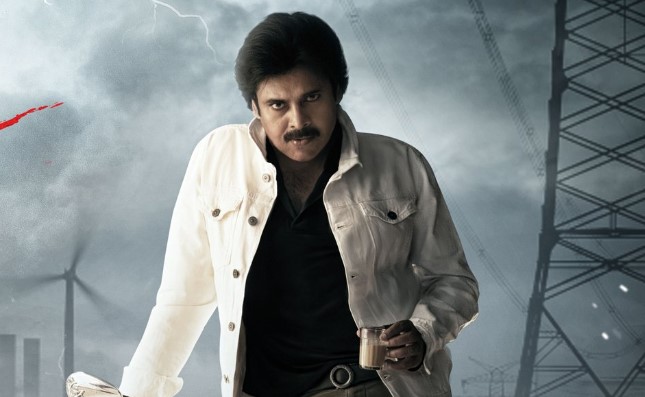 Ustaad Bhagat Singh was launched with a puja ceremony in Hyderbad, Along with Pawan Kalyan, director Harish Shankar, and producers, graced the event. Mythri Movie Makers is financing the film, which will have a massive budget. Apart from Pawan Kalyan, the makers haven’t divulged the cast, but we can expect the announcement soon.

Ustaad Bhagat Singh makers revealed the first look of Pawan Kalyan as we go by the poster Pawan Kalyan standing at a Harley Davidson bike with holding a tea glass in hand and it has tag line called ‘This Time it’s not just Entertainment.

The Ustaad Bhagat Singh makers haven’t divulged the plot, but there has been speculation going around that the film is an adaption of Thalapathy Vijay’s 2016 film “Theri.” However, the film will surely be a treat for fans.

Pawan Kalyan plays the titular role and the rest of the cast is yet to be announced, Harish Shankar is the director of the film, while Ayananka Bose cranks the camera whose last work was Karthik Aryan’s ‘Freddy’, Devi Sri Prasad is the music composer who’s the latest sensation was Pushpa-The Rule and the film produced by Naveen Yerneni and Y Ravi Shankar

The film has been officially launched at Ramanaidu Studios. As per the reports, the film’s regular shoot will commence in early 2023, and it might be wrapped up very soon considering the hectic schedule of Pawan Kalyan. After a long wait, Harish Shankar was super excited about the project, as he said again that it’s like a fanboy moment and also stated that the film will have all the elements that one would expect from Pawan Kalyan.

Harish Shankar last directed a film called ‘Gaddalakonda Ganesh’ with Varun Tej, it was an official remake of a Tamil superhit flick called ‘Jigarthanda’ helmed by Karthik Subbaraj. He hasn’t done any films since then because he has been waiting for Pawan Kalyan’s green signal and finally, after three years of waiting, the much-anticipated project starring Ustaad Bhagat Singh took off.

Ustad Bhagat Singh’s regular shoot will start in early 2023 and aim for year-end, As of now, the makers haven’t divulged anything about the details of digital rights, as we can expect all the details after the theatrical release. Until then, stay tuned with us, and once we get the official confirmation, we will update you.

Pawan Kalyan basked in a blockbuster with the film called “Bheemla Nayak,” which was an official remake of Malayalam’s ‘Ayyappanum Koshiyum’ starring Prithviraj Sukumaran. Pawan Kalyan has been doing multiple films at the same time while busy with the political schedule.

Apart from Ustaad Bhagat Singh, Pawan Kalyan has two more films in his pipeline, and one of them is Krish Jagarlamudi’s ‘Hari Hara Veeramallu” which is touted to be a period film, He also recently announced a gangster film with Saaho fame Sujith, which is going to be a different flick in Pawan Kalyan’s career.  It is too early to announce the OTT release date, but the film will be available on OTT after 45 days of theatrical release; until then, stay tuned with us.

The Ustaad Bhagat Singh trailer has yet to be released because it will take a long time, but we will upload it here once the makers have officially released it.

When is Ustaad Bhagat Singh OTT Release Date and Time?

Not Declared, Ustaad Bhagat Singh movie makers have not yet announced.

Not Declared, Ustaad Bhagat Singh movie makers have not divulged yet.

Not Declared, Ustaad Bhagat Singh movie has not been released so we can not say Hit or Flop