Urvasivo Rakshasivo Movie OTT Release Date: Allu Sirish, who has been trying hard and making many efforts to prove himself as an actor was last seen in the movie ‘ABCD: American Born Confused Desi’ that was released in 2019, which was an official remake of Malayalam superhit movie with the same title starring Dulquer Salmaan in the leading role. His new movie ‘Urvasivo Rakshasivo’ is getting all set to hit the screens on November 04, 2022. 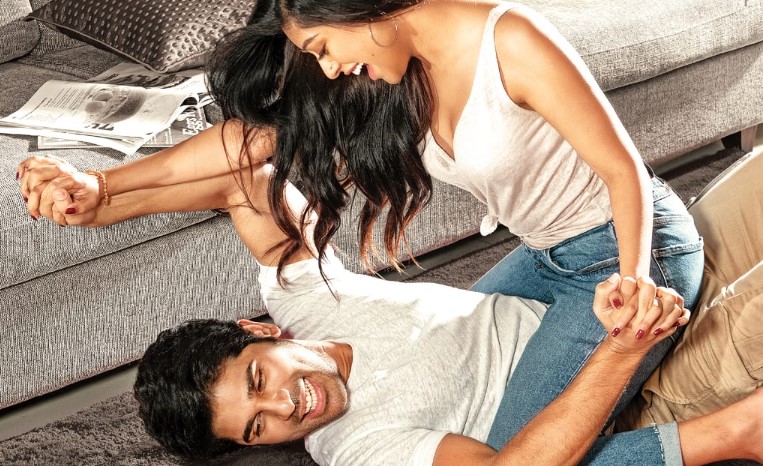 Urvasivo Rakshasivo is described to be a charming love story about two young couples’ love lives, fights, and beautiful moments. This film’s trailer will be published on September 29, 2022. Once the teaser is officially released on YouTube, we will be able to predict the scenario of the film.

Urvasivo Rakshasivo cast includes Allu Sirish, Anu Emmanuel, Sunil, Aamani, Vennela Kishore and others. This movie is directed by Rakesh Sashi and produced by Dheeraj Mogilineni & M Vijay on GA2 pictures banner in association with Shri Tirumala production pvt ltd. Music of this movie is composed by Achu Rajamani and cinematography is handled by Tanveer Mir.

Allu Sirish is busy with the production work of the movies that are made on their home banner Geetha arts and was away from the films as he need to setup the Aha OTT app that was started by his father. After all the works are done, Sirish is now coming with much delayed movie with the change in the title as well. Movie makers are planning for a theatrical release as of now and satellite rights, digital rights information is yet to be confirmed by the makers.

Anu Emmanuel was seen mostly in the movies that were declared a disaster in Telugu. She was seen last in the disaster ‘Maha Samudram’ alongside Sharwanand. Hope Anu Emmanuel gets back in form with a blockbuster of ‘Urvasivo Rakshasivo’. Teaser of this romantic comedy film will be releasing on September 29 and we need to wait for an official announcement from the team regrading the theatrical and OTT release dates of the movie.

When is Urvasivo Rakshasivo OTT Release Date and Time?

Not declared, Urvasivo Rakshasivo movie makers are yet to announce the details.

Theatres, Urvasivo Rakshasivo movie will hit the screens on November 04, 2022

Not declared, Urvasivo Rakshasivo movie makers are yet to confirm the details.

Is Urvasivo Rakshasivo hit or flop?

Not declared, Urvasivo Rakshasivo movie is yet to release.

The movie Urvasivo Rakshasivo is crucial to the careers of Allu Sirish and Anu Emmanuel. The movie, however, will premiere on November 4, 2022.