Upcoming Telugu movies in Theaters: Many Telugu Movies are slated for release in Theatres in Coming days. As Corona Pandemic severity seems to be less compare to Past, so Makers are coming forward for theatrical releases. Revenue from theatres and from OTT is completely Different. Here we are giving you details about the Upcoming Telugu Movies releases in theatres. 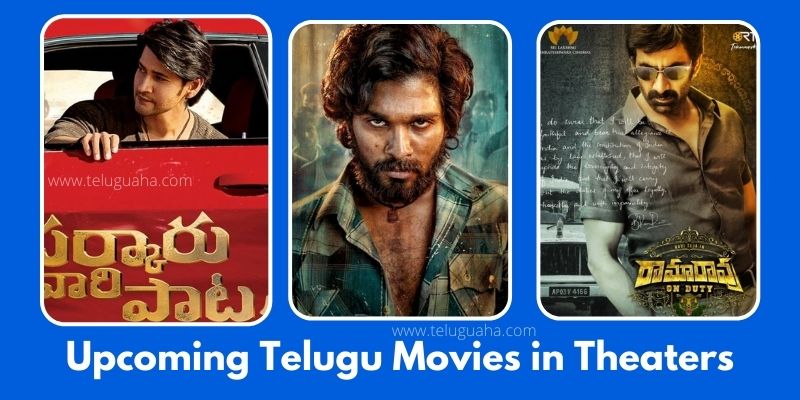 From Now Until Sankranthi Movie lovers Can Enjoy Continuosly watching these films. Since the Start of Corona Pandemic many movies got suspended and couldn’t release in theatres because or on OTT also because Shooting were shutdown. Big Budget Movies like Narappa, Malik, Sarpatta, Toophan had directly got released on OTT Platform.

India’s Most Awaited Movie KGF Chapter 2 was slated for release on 16th July but couldn’t because of Second Wave Restrictions. Later Makers Planned to release it in September but didn’t confirmed about it till now.

Almost most of the Small Budget Movies directly releasing on OTTs. OTT Platforms are also offering Good Rate for them. Buzz is that KGF 2 was offered 450 crores by Netflix but KGF Makers have rejected it and replied that at any cost it will release in theatres only.