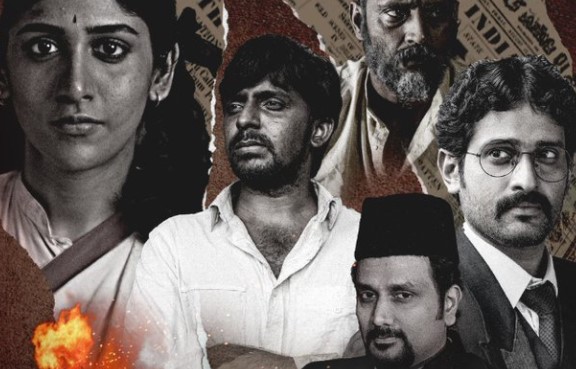 Unheard is the series about the Unheard voice of common man during and after independence movement. Whole movie is set in period between 1905 to 1950. Revolt incident of Hyderabadis on British and Indian armies was also shown in this series. Plot seems to be interesting as it is close to all the real incidents.

Director Aditya KV Previously made a documentary film based on Bill and Melinda gates foundation. Spanish flu which started in 1918 at that time effected national movement also. These scenes are going to be shown in these series.

Unheard Web Series is all set to release on Hotstar Ott on 17th September 2021. Its a Social Political Drama movie based on the real incidents that happened in Hyderabad during independence movement. Whole movie is set in the periods of 1950’s which arouses interest.

Unheard trailer was released on 7th September 2021. Series is all set to stream on Disney Hotstar on 17 September 2021. Unheard is based on the Aditya KV authored Best seller “Daitya Dairies”.