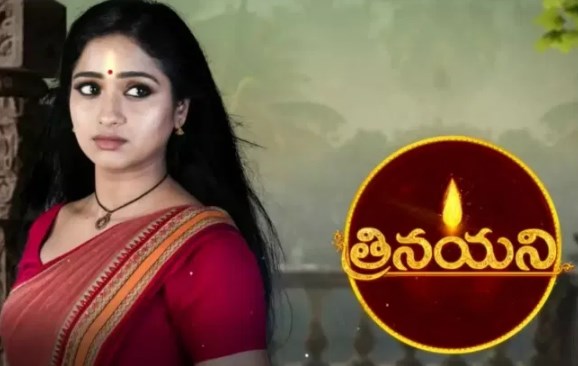 Trinayani Serial is Completely a Thriller Fantasy Drama. Story revolves around Nayani who has the power of Seeing the future. With this Power She tries to Protect others around her. But People in her village hate her because of her powers. Nayani’s family faces problems.

Nayani’s life starts changing when she fells in love with a Vishal. What Nayani does, will her village people accept her, How she solves her family problems is going to be the interesting part of this Serial.

Chandu B Gowda as Vishal

Actor Chandu B Gowda Predominantly works in Telugu and Kannada TV Industry. He was born in Bengaluri Karnataka. Chandu B Gowda gave his debut with Kannada serial “Gruhalakshmi” which garnered good response from viewers.

Trinayani Serial is the Remake of Bengali Serial Trinayani which aired on Zee Bangla Channel from March 4, 2019 to July 26, 2020. As it bagged hit in Bangla and so it was remaked into 5 other languages. In Telugu it started airing from March 2, 2020.

Watch Trinayani Serial on Zee Telugu Channel from Monday to Saturday at 8.30 Pm. You can watch this serial on Zee 5 OTT also. Till now 497  Episodes has been got Completed.