Trial By Fire OTT Release Date: Bollywood is best known for making movies based on true incidents as we have seen many films in 2022 made based on real incidents and now Bollywood is geared up for another series based on a best seller called ‘“Trial by Fire: The Tragic Tale of the Uphaar Fire Tragedy” by Neelam and Shekhar Krishnamoorthy. One of the most tragic incidents took place in Uphaar Cinemas Delhi screening the Border film. 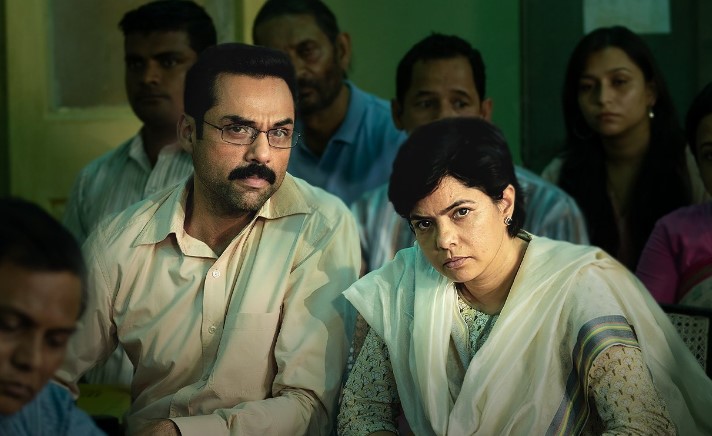 Trial By Fire makers have dropped the trailer and it looks intended and emotional, however, the series is produced by Endemol Shine India and House of Talkies. Abay Deol took to his social media handle and released the trailer and said he had never played this kind of character which had to carry the tragic emotion throughout the series and that was the biggest challenge. However, this limited series is all set to hit the OTT space on January 13, 2023, on Netflix.

Trial By Fire series narrates the story of parents called Shekhar Krishnamoorthy(Abhay Deol) and his wife  Neelam(Rajshri Deshpande) who lost their kids during the screening of a Border movie fire broke out at Uphaar Cinema and 59 died and around 100 were injured this tragic happened in 1997. This series mainly focuses on Shekhar Krishnamoorthy and Neelam’s fight for justice and also all the parent’s fights for justice.

Cast & Crew of Trial By Fire

Talking about the technical crew, the series is directed by Prashant Nair, while the cinematography has done by Saumyananada Sahi, Xavier Box and Daanierl Hajnal are the editors, Monica Angelica Bhowmick is the production designer, Benedict Taylor, and Naren Chandavarkar composed the music and the series is produced by Endemol Shine and House of Talkies.

Trial By Fire is all set to hit the  OTT space on January 113, 2o23 on Netflix and this series will be dubbed in Telugu, Tamil and English. One of the terrifying incidents in 1997 and all the moviegoers have been waiting for the series to be released. Trial By Fire makers might be released only one episode on January 13, 2023, because it is limited series and as of there is no official confirmation made.

Abhay Deol is one of the underrated actors we have and he is going through a bad phase, over the years none of the films did well. Abhay Deol was last seen in a series called JungleCry which was released in 2021 and this series is Lions Gate Play series. He was also been a part of a series called Spin which was also released in 2021. However, his only hope in Trial By Fire, let’s hope these series bring success to him.

Trial By Fire has a brilliant technical team and most of the departments have Hollywood technicians and as it seems that Trial By Fire hasn’t compromised in bringing quality product. However, Trial By Fire has some renowned actors who are going to make their mark with their performance as Anupam Kher will be seen in an important role and Ashish Vidyarthi is also doing a key role in the series.

Talking about the Trial By Fire OTT release date as the series will be premiered on Netflix on January 13, 2023, and you can watch the series if you have a Netflix subscription.

Trial By Fire trailer has been dropped by the makers and it looks intense, intriguing, and emotional. The series has some beautiful shots of 1997 and the sound design was brilliantly designed, overall, Trial By Fire looks technically looks brillaint. Trial By Fire is all set to be premiered on Netflix on January 13, 2022. If you want to watch the trailer you can watch it here.

When is Trial By Fire OTT Release Date and Time?

OTT, Trial By Fire will be available for streaming on Netflix on January 13, 2023.

Is Trial By Fire hit or flop?

Not Declared, Trial By Fire has not been released so we can not say Hit or Flop

Is Trial By Fire available on Aha Video?

No, Trial By Fire is not available on the Aha Video OTT platform.

Trial By Fire is billed as an emotional drama series based on a tragic incident was happened in 1997 at Uphaar Cinema Hall in New Delhi. However, Trial By Fire is all set to hit the OTT space on January 13, 2023, on Netflix.