Top Gear Telugu Movie Review: Adi Saikuamar’s most recent outing, Crazy Fellow, didn’t do well at the box office, despite the results, he has released almost five films this year and is coming up with an action thriller to end this year. However, Top Gear’s trailer seems quite interesting and raises the curiosity to watch the film, and Adi Saikuamar also seems pretty confident during the promotion of the film. Let us get into the in-depth review of Top Gear and find out whether the film is worth watching or not. 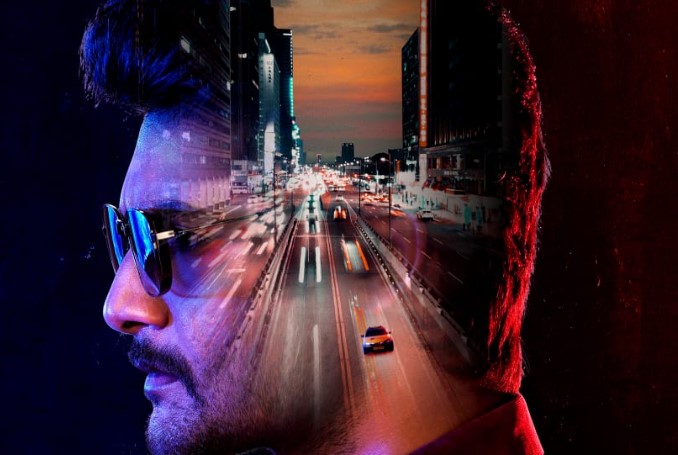 Arjun (Adi Saikumar) is a middle-class guy who works as a cab driver. On the other side, there are multiple murders taking place in the city, and in the process of investigation, police find that a mysterious man named David is the killer, but no one knows who David is. One day, Arjun becomes an eyewitness to a murder, and that one night changed his life, and he becomes a most wanted man by police and goons as well. Finally, how did Arjun escape from this maze? And who is David? that needs to be seen in the film.

Aadi Saikumar, Riya Suman, Brahmaji, Shatru, Satyam Rajesh, Mime Gopi, and others the film was directed by Shashikanth, and cinematography has done by Sai Sriram, Music has composed by Harshavardhan Rameshwar and the film produced by KV Sridhar Reddy under the banner of Sri Dhanalakshmi Productions.

The best point that grabs the audience’s attention for Top Gear is that the story will happen in one night. Sounds crazy, right? Well, it starts off quite interesting that people are being murdered with no clues, and it then delves into the lead character’s establishment and his world-building, which is quite relatable. Though the film is an out-and-out commercial flick, it has some chilling moments here and there throughout the film. The pace in the first half ebbs and flows with regular scenes like the family track of the hero and forced songs, but the multiple murder mystery point holds the audience’s attention, the interval twist lands pretty well, and it raises the curiosity to watch the later half.

The second half has flaws, but once the hero becomes an eyewitness for murder and his fight for survival from police and goons keeps us invested in the story, who is David? The suspense was maintained pretty well from the beginning to the climax, but the motive could have been much better. Overall, the film has some loose ends, but its racy screenplay and suspense keep the audience hooked.

While talking about the performances, Adi Saikumar as Arjun did a decent job as a cab driver; his body language and his dialogue delivery are good, but when he had to show the tension and shocking moments through his face, he completely failed; Riya Suman does a fair job, and she looks pretty good as a traditional girl; and Brahmaji, Mime Gopi, and Shatru did well for their respective roles.

Technically, Top Gear is okay. Sai Sriram’s visuals are partly good, the majority of the movie happens at night, and the night scenes could have been much darker, Harshavardhan Rameshwar’s songs didn’t register; he impressed with his background score, and the rest of the technical team did well as per the story requires.

Director Shashikanth did a passable job; his writing is good, but his narrative could have been better, especially in the latter half. Despite the few flaws, he manages to hold the audience’s attention with a racy screenplay and suspense.

To sum it up, Top Gear is a decent action thriller with some commercial elements.