Most Liked Tollywood Lyrical Songs In 24 hours: Recently released top Songs in Telugu are gaining Postive response. Music also taking Major Place for Big Budget films before they get release. Here we have Bought you some of the Top Telugu Songs In Telugu which are most liked in Past 24 hours. These songs are creating trend in you tube and Music Box. 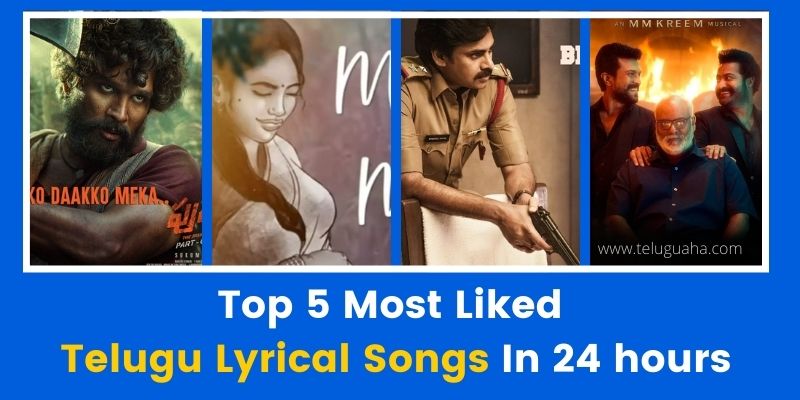 Recently Released Pawan Kalyan’s Bheemla Nayak title Songs may break all the records above. Title song of Bheemla Naik has got close to 6 lakhs likes in just 3 hours. Allu Arjun’s Daakko Daakko meka song got 9.6 lakhs like in Two weeks where as Pawan kalyans title song reached half of score in just 3 hours which is Record Breaking again on Pawan Kalyan’s Birthday i.e. on 2nd September 2021.