Top 10 Telugu Music Directors: Telugu Music is one of the Biggest Music Platforms in the world. Almost all great Indian Musicians have worked for Tollywood. Here we have brought you the list of top telugu Musicians in Telugu. 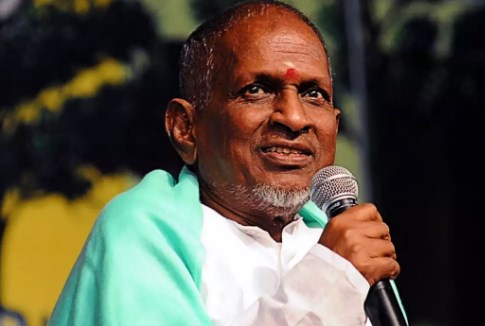 Ilayaraja is One of the most Senior musicians in India. He is famous for Melody. Ilayaraja gained the title Musical Maestro and bagged many national awards. As he is the native of tamilnadu, he started his career from composing music to tamil films in 1970’s. On his whole career he composed more than 7000 songs.

Devi Sri Prasad also Known as DSP is famous musician in Tollywood. Any Big telugu film is almost composed by him. He Started his Career in 1997 by composing 8 Tracks for the Album Dance Party. In a span of 20 years, He composed for 100 films. There will be no club in Telugu states where his songs weren’t played.

Koduri Marakathamani Keeravani is a Popular music composer for Telugu Films. There won’t be any telugu person who doesn’t know his name. He worked for other languages like Tamil, Kannada, Malayalam and Hindi. Keeravani started his career in 1987 as assistant director to music composer K. Chakravarthy. In 1997 he bagged National Film fare award for Annamayya. Later he goes on winning many film fare, nandi awards etc.

Mani Sharma is popularly known as Swara Brahma as he composed many memorable melody songs in Telugu. His actual name is Yanamandra Venkata Subramanya Sharma born in Machilipatnam Andhra pradesh. Since 1992 he has been composing music and bagged many Filmfare awards in south.

Anup Ruben’s who’s actual name is Enoch Rubens started his career as music composer in 2004. His first film composing was for “Jai” directed by Teja. But he didn’t get much recognition for that but later bagged many hits and awards for movies like Ishq, Gundejaari Gallanthayyindhe, Manam, Temper, Gopala Gopala, Katamrayudu etc.

Chakri who was once a top music director left the world in 2014. His Actual name is Gilla Chakradhar born in 1974 in Mahabubnagar district of Telangana. He started his career with movie “Bach”(2000) directly by Puri jagannath. Chakri is also a singer and won Filmfare best playback male singer for move Satyam (2003)

Thaman is at now the top music directors in Telugu. He is also play back singer. At the age of 9 he started learning music under S.P balasubramanyam and G. Anand. Thaman started his career with Bhairava dveepam(1994) as supporting musician. Later he started bagging hits from Kick(2009) to Vakeel Saab(2021).

RP Patnaik is well know telugu music director started his debut with Neekosam(1999). He first came to film industry to become a director. In 2001 he is the top music director with film Nuvvu Nenu. Patnaik also sang about 300 songs.

Rehaman is the top music director in almost all languages. Born in 1967, rehamn started his career with composing jingles to branded watch companies ads. In his 28 year long career rehaman composed to more than 145 films of all major languages.