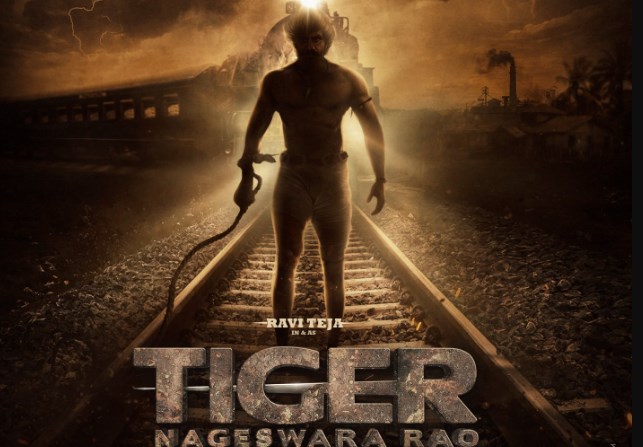 Ravi Teja Plays the role of Tiger Nageswara Rao. Vamsee has written the Story and Directing it. Abhishek Agarwal Producing this Movie Under banner of Abhishek Agarwal Arts. GV Prakash Kumar has Composed Music while Cinematography was handled by Madhie ISC.

Srikanth Vissa has written Dialogues. This is going to be the 71st film of Ravi Teja in his filmography. This time Ravi Teja once again going to appear in searious role acting as Tiger Nageswara Rao. Shootig of this film has Just Began. Movie may release in 2022.

Tiger Nageswara Rao is the 71st Movie of Ravi Teja in his filmography. Only First Look Teaser was released on November 3, 2021. Theatrical Release Dates and OTT Details of this movie are yet to be announced by the makers.

Tiger Nageswara Rao Movie is a Bio Pic of Stuartpuram Robinhood Tiger Nageswarao. In real he Did many Robberies and got escaped from Police many times. At last he was shot dead in 1987.  Shooting of this film has began. Its a Pan India Movie Releasing in Kannada, Malayalam, Tamil, Telugu and Hindi languages.