Thiru Telugu dubbed Movie Review: Dhanush has a very good fan base all over India, irrespective of the fact that the actor is from Tamil film industry. After his debut in Hollywood with “The Gray Man”, he is all set to entertain audience with his new film “Thiru” which is a dubbed version of Tamil movie “Thiruchitrambalam”. Movie released in theatres this August 18 in both the languages and let’s look into the in-depth review of the movie to make sure, if this is worth watching our time. 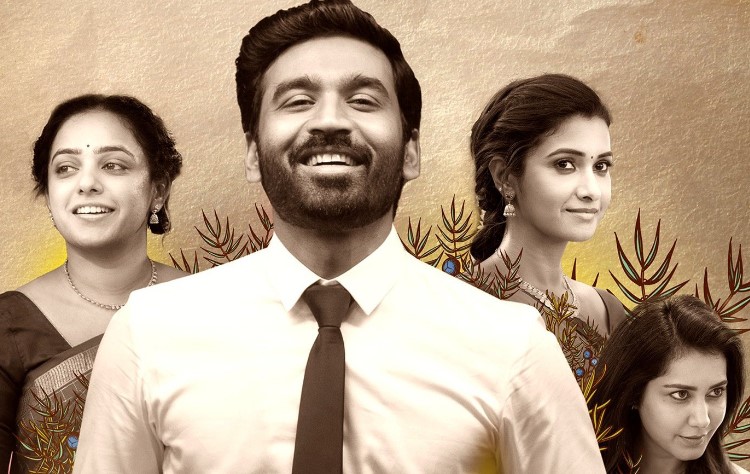 Thiru Ekambaram aka Pandu is a middle class guy, who is not that good in studies and takes up the job of a delivery guy. Pandu’s father always shouts and trashes him for his mischief, but he is loved by his grandfather and a close friend Shobana, who lives in the same apartment. Movie showcases the journey of Pandu in finding his true love facing many obstacles in between.

Dhanush last few movies didn’t work at the box-office and OTT space and the actor has come up with a movie that will please majority of audience with some good scenes of friendship, love, emotional bonding in the families and commercial elements like fights. Thiru has a simple plot line and depends more on the scenes which has some good performances and chemistry between the actors. Movie has some heart warming scenes that will connect with the family audience as well.

While it comes to the performances, Dhanush is lovable in the role of Thiru Ekambaram aka Pandu, who balanced the emotions right and entertains with his comedy timing in few other scenes. Nitya Menen gets a meaty role with a scope to perform and she is as good and natural just like her previous movies. Raashi Khanna and Priya Bhavani Shankar are okay with their performances. Prakash Raj and Bharathiraja are good in their roles and rest of the cast did their part in pulling of the movie.

Technically this movie looks okay. Songs composed by Anirudh are not up to his mark, though the songs sound good, this is not the quality that can be expected from him. Cinematography handled by Om Prakash is okay and just like all other movies from Sun pictures production, this movie also have overly saturated colors.

Director Mithran Jawahar who previously directed Telugu super hit movie remakes in Tamil with Dhanush, has come up with own script that is partially entertaining and he has to work a lot more on the writing to attract more audience.

Overall, Thiru movie is simple drama that can be watched and enjoyed with whole family without any hesitation.