Since the triumph of the intense thriller “Valimai,” fans of AK have been anticipating his next film; they no longer have to. Thegimpu is the title of AK’s upcoming film, which will be his 61st overall. It’s interesting to note that “Thegimpu” is being produced by Boney Kapoor and is being directed by Valimai’s director, H. Vinoth. Since the creators revealed the first images, anticipation has been at an all-time high. Once the creators began the promotion with songs like Chilla Chilla and Gangsta, both of which were chartbusters, anticipation more than doubled. But the movie is scheduled to premiere on January 12, 2023. 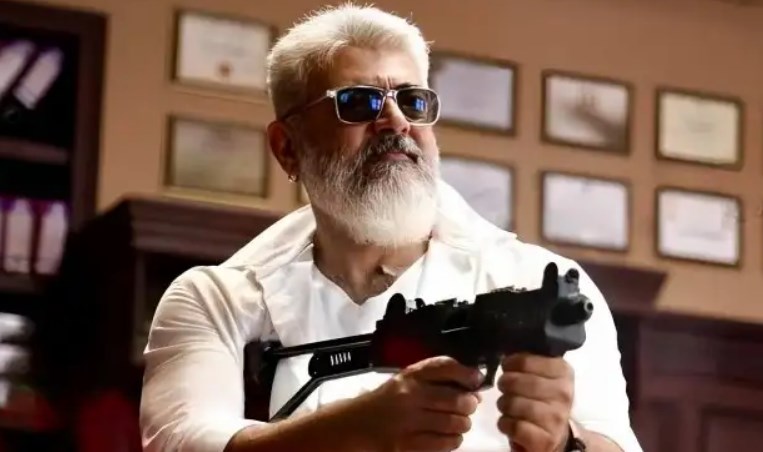 The plot of Thegimpu was kept a secret by the film’s creators, although rumours have it that a criminal mastermind and his crew devise a plan and rob banks throughout Chennai for an unidentified reason.

Recently, he collaborated with Chiranjeevi and Ajith on the films God Father and Valimai. He appeared in H. Vinoth’s version of Hind’s smash song Pink, Nerkonda Paarvai, prior to his work on Valimai. Because he contributed music to so many different movies this year, Gibran is an underappreciated composer. Thegimpu will add to his list of successes, but he has a robust schedule for 2023 with around 13 movies scheduled to be released.

Along with Thegimpu, there are a few huge movies planned for this Sankranthi, and the release dates have been set for all of them: Varisu will enter theatres on January 12, 2023; Veera Simha Reddy will be released on January 12, 2023; and Waltair Veerayya will be released on January 13, 2023. Thegimpu will get solid buzz in Chennai, but it’s quite thought to grab the Telugu audience attention in the midst of releasing their celebrated actor’s films. Nevertheless, the expectations are sky-high for all of these films, but there are a bit higher for Thegimpu than all the films because makers have said that you will be going to witness never seen before action sequences in Thegimpu than Valimai.

If you want to know where to watch the movie after it opens in theatres, you must wait for its OTT release. Speaking of OTT, the makers of Thegimpu haven’t revealed the name of the platform or the cost of the digital version. However, all of this information will be made public after the movie opens in theatres, so stay tuned with us until then.

Thegimpu creators haven’t released the trailer yet, but they soon will because the marketing have already begun with the songs and all of them have been top-charting hits. Thegimpu is far bigger than Valimai, though, and there are huge expectations when the director said that there will be a ship action sequence in the movie similar to the bike sequence in Valimai. As a result, many fans and moviegoers have been eagerly awaiting the trailer.

As opposed to Valimai, which had a budget of 150 crores and produced good profits, Thegimpu’s producers never held back when it came to spending their budget. With that confidence, they expanded Thegimpu’s budget above that of Valimai. Ajith is a bankable actor; his performances alone are sufficient to generate money for his films.

Valimai, Ajith‘s most recent film, received mixed reviews. Despite the negative reviews, the movie has become a hit despite the fact that there is no actual plot. The IMDb rating for Valimai is 6/10 with 19, 284 votes, and this time around, expectations are at an all-time high, so we can anticipate positive reviews and ratings from audiences all around the world.

On January 12, 2023, Thegimpu is ready to take over theatres. There will be fierce competition between it and four other major motion pictures, including Waltair Veerayya from Chiranjeevi, Veera Simha Reddy from Balakrishna, and Varisu in Telugu Vaarasudu from Vijay. Let’s see who prevails in the Sankranthi conflict.