The Legend Movie Review: Businessman Saravanan, who is pretty famous for his stores “The Legend Saravanan” in Tamilnadu, is making his acting debut with the film “The Legend”. Movie is releasing in multiple languages and made on a huge budget with many talented actors involved in the project. The launching event of this movie caught the eye of audience with many top heroines gracing the event. Let’s get into the in depth review of the movie and find out if this movie is worth watching. 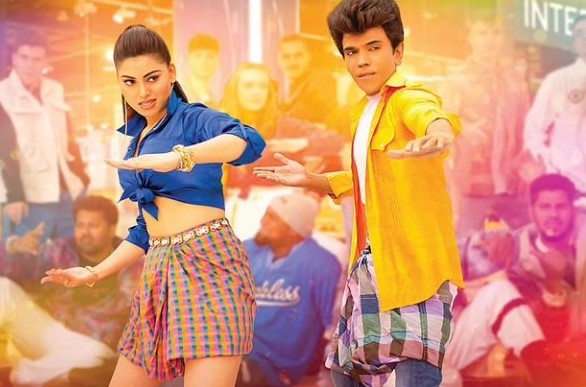 Dr. Saravanan is a renowned scientist, yet decides to make something good that could help the poor from his village and then help the country with his innovations. He returns to his village and starts working on his dreams, but faces many hurdles from the local politicians and VJ a local goon. How did Saravanan face all this odds and make his dream come true forms rest of story.

Movie stars Legend Saravanan, Urvashi Rautela, Geethika in main roles, while Vivek, Nasser, Prabhu, Vijayakumar, Yogi Babu play other prominent roles. Movie is directed by JD – Jerry and made under the production of Legend Saravanan. Music is composed by Harris Jayaraj, William R.Velraj is handling the camera and editing is handed over to Ruben.

Story in this movie is very similar to that of Superstar Rajinikanth’s old movies, and it will definitely remind you “Shivaji: The Boss” that got released in 2007. With an age old story and making movie makes it a patience test for the audience, though the movie is made on very large scale with multiple layers. Right from the beginning movie gives a glimpse of many movies that came in the past and offers nothing new in the scenes. Even the people who do not have any knowledge of the movies can expect, what could happen next in the movie.

Actor Saravanan is completely expressionless in most of the scenes and looks so static in many scenes. We can clearly see his body double in most of the scenes. Geethika looks beautiful in songs and has nothing much to do in the movie. Urvashi Rautela is okay with a limited role. Actor Suman as VJ is good as villain, but his looks is so artificial. Vivek and Yogi Babu will make you chuckle a few times. All other cast did their part well.

Technically movie looks very grand. Production values are high and seems like Saravanan have spent as much as needed to make the movie look grand in every possible way. Cinematography by R.Velraj looks fine and few shots are well designed. VFX should have taken care of. Harris Jayaraj Music and background score was good.  JD – Jerry chose a very old story and made the movie with same old way of treatment that is not impressive.

Finally, The Legend movie is a routine commercial entertainer, which may not connect with the audience due to its poor making.