The Gray Man Telugu Dubbed Movie Review: The Gray Man” is the most eagerly awaited Hollywood film in recent memory. In addition to Chris Evans and Ryan Gosling from the Marvel Cinematic Universe, Indian cinema’s biggest star Dhanush played a key part in piqueing Indian audiences’ curiosity. The film is helmed by the Russo Brothers, whose work on Avengers: Infinity War and Endgame has made them a household name. If you haven’t seen the movie yet, let’s get started with the in-depth review. 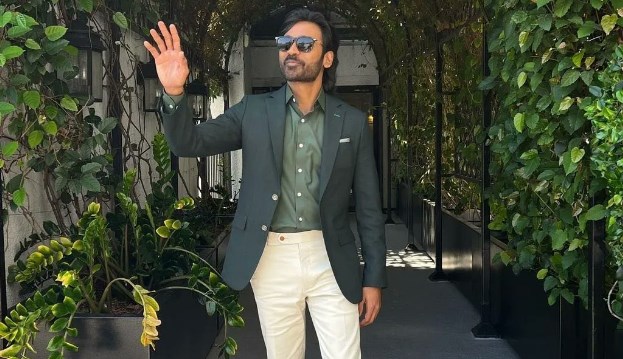 An assassination bounty on the head of the CIA’s most skilled operative, whose identity is unknown, is put on his head by a psychopathic ex-colleague, igniting a global manhunt by international mercenaries. Agent Court Gentry, better known by the alias “Sierra Six,” is known as THE GRAY MAN. Donald Fitzroy recruited Gentry from the federal jail where he served time for murder, and he was a highly accomplished, Agency-approved death dealer. But now the tables have turned, and Lloyd Hansen, a former CIA comrade who would stop at nothing to destroy Six, is on the prowl around the world. They have Agent Dani Miranda on their team.

This romantic comedy has Ryan Gosling and Chris Evans as the film’s leading men, along with Dhanush, Ana de Armas, and Jessica Henwick. Chris Castaldi and Jeff Kirschenbaum produced the film, which was directed by the Russo Brothers. Featuring Henry Jackman’s music, Stephen F. Windon’s photography, and Jeff Groth and Pietro Scalia’s editing,

Hollywood action films frequently center on a secret spy and the situations that surround him. The Gray Man is reminiscent of a James Bond film in that it moves along at a breakneck clip and is chock full of action. There are great performances and action sequences in this film, but overall, it appears like a formulaic movie. The majority of the sequences are predictable for the average moviegoer, and just a small number pique the interest of the crowd.

The casting of Ryan Gosling as Sierra Six and Chris Evans as the cold-blooded and deranged Lloyd Hansen couldn’t have been better. Both Ana de Armas and Jessica Henwick performed admirably in their parts. Dhanush’s portrayal of Avik San may fall short of the audience’s expectations, as the role appears to be underwritten and only appears in a handful of action sequences. Fans may be let down by his new role. All of the other actors did a good job in their parts.

When the action scenes get into high gear, Henry Jackman’s soundtrack provides just the right amount of suspense. This film’s action sequences were flawless, and the production values were as high as you’d expect from a Hollywood production. There was room to improve the script by director pair Russo Brothers. It seems a touch underwhelming despite some outstanding performances from the key actors, as the expectations are sky high.

It’s a film that can be enjoyed for its action but not for its suspense.