The Ghost Movie Review: Akkineni Nagarjuna is known for his unique script selection right from the starting of his career. He was the one who introduced Ram Gopal Varma to Indian film industry with classic hit movie ‘Shiva’. Nagarjuna always encouraged new talented directors and offered them a chance to direct his film many times. Nagarjuna has now teamed up with the talented Praveen Sattaru for the movie ‘The Ghost’ that released in theatres today. Let us get into the detailed review of this movie, to know if this movie is worth watching the theatres. 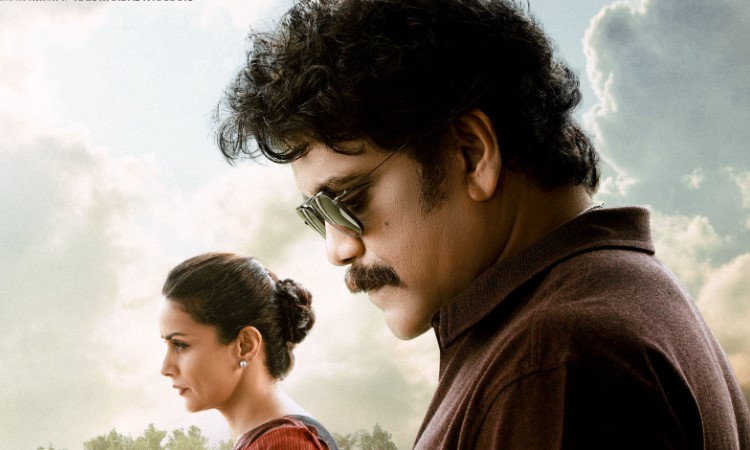 Vikram is a former RA&W field agent who is currently employed at the Indian Embassy. He gets a call one day from his sister Anu asking him to look out for her daughter Aditi, as some people are making plans to finish her off. Vikram begins to defend Aditi and fights the criminal organisation that has been tormenting them. Vikram leaves no one behind, who tries to harm Aditi. What is the reason for Vikram’ merciless killing for Aditi? What was the tragedy happened in Vikram’s childhood?…All these question will be answered by the end of movie.

Story of ‘The Ghost’ looks very simple & very old, but the movie can be entertaining if the writing & scenes has some impact. ‘The Ghost’ movie has some of those scenes that will surely connect with the audience, but the emotional scenes doesn’t make audience feel the emotion of main lead character and his pain that drives him crazy to beat the hell out of goons. As the story line is very thin, some scenes engages the audience, but few scenes make it difficult to watch on screen. If the back story of Vikram was shown in a proper way that could connect with audience, overall movie could have been ended with a positive response from audience.

While it comes to acting, Nagarjuna Akkineni is okay in the role of Vikram. Though his script selections can be appreciated, his performances are not up to the mark from last few movies. We can see his body double in most of the scenes, especially in action scenes. Gul Panag was decent in the role of Anu, who is rich & protective. Anikha Surendran is getting better with every movie and she will surely make it big in the film industry in coming years. Sonal Chauhan looks glamourous, but her performance is just okay. Manish Chaudhari, Ravi Varma and all other actors did their part as required for the story.

Technically ‘The Ghost’ movie looks good. Music & Background score composed by Bharatt-Saurabh is apt for this genre. Cinematography handled by Mukesh is one of the major highlights in this movie. Cinematography is brilliant during chase sequences and action scenes. Other major highlights of the film are action scenes choregraphed by Dinesh Subbarayan, Kecha Khamphadkee. Though we can observe body double in many scenes, action was very well designed by these action directors.

Director Praveen Sattaru is coming up with different movies and making sure that quality of the movie improves with every movie he is directing. Though the director impressed with his making skills, he could have focused a little more on emotional part that could have connected with the Telugu audience.

Overall, ‘The Ghost’ is decent action thriller, that lacks the emotional content. But this movie can be watched & enjoyed in the theatres for some power packed  action scenes.