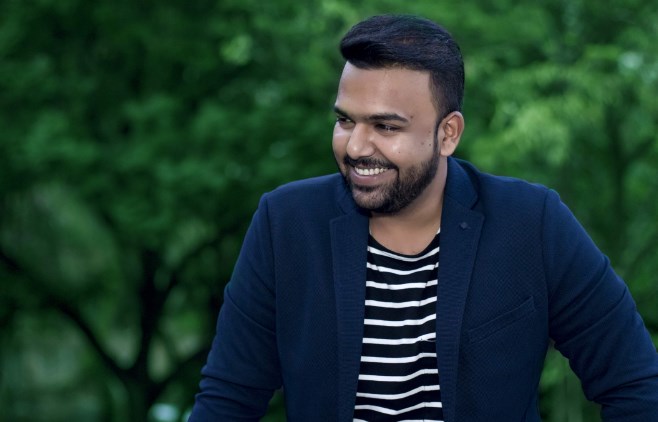 To his credit is the romantic comedy Pellichoopulu (2016), in the Telugu language, for which he won the National Film Award for Best Feature Film in Telugu and Best Screenplay – Dialogues. Ee Nagariniki Emaindi is Tharun Bhascker’s second feature film, and it was well received by both critics and audiences. He got his start in the industry with short films, and he’s directed several, including the award-winning Anukokunda for Vinoothna Geetha Media and the viral sensation Sainma on YouTube. There was a lot of enthusiasm for and success with Pellichoopulu. Many well-known figures in Tollywood, including SS. Rajamouli and Sukumar, praised his work on Pellichoopulu. To create Pelli Choopulu, he looked to the narrative arcs of the characters in Knocked Up by Judd Apatow. In ‘Mahanati,’ a biopic film, he portrayed the life and work of Singeetham Srinivas.

Tharun has always wanted to be a filmmaker, so in 2012 he took part in the 48-hour Film Project for the first time. To express their love for one another, he and his pals created the romantic short film Anukokunda (meaning: unexpectedly). The film won the award for best short in India in 2012 and was featured in The Best of 48-Hour Film Project: Short Film Corner Thematic Programs at the 2013 Cannes Film Festival. The comedy Ee Nagaraniki Emaindi, released in 2018, was directed by him a year later. Meeku Maathrame Cheptha is one of his 2019 releases.

Tharun Bhascker helped start the production company, Vinoothna Geeta, in 2010. Multiple commercials, wedding movies, and shorts have been produced by the company with great success.

By 2023, he has developed the new movie formula known as Keeda cola. Tharun Bhascker also finds commercial success thanks to this film. Check back here for further film industry news updates.